Kosovo Serbs Vote in Serbian Referendum in Serbia – Not Kosovo 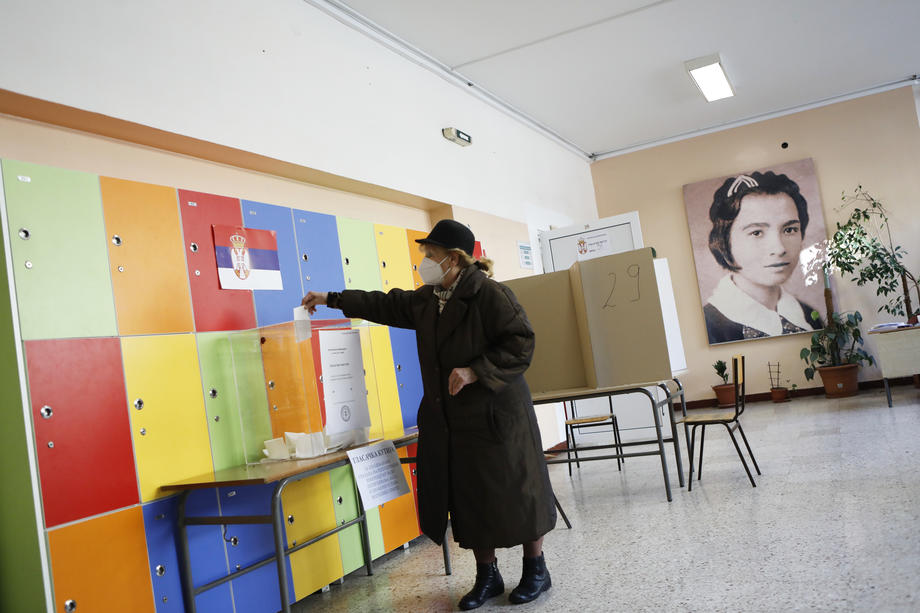 For the first time, a Kosovo government did not allow the local Serb community to vote in a Serbian election or referendum on Kosovo’s territory.

After many disagreements between the so-called Quint countries and the EU with the Kosovo government about how Kosovo Serbs should vote in Sunday’s Serbian referendum, it was decided they would not cast votes in Kosovo but in four municipalities of southern Serbia – Vranje, Novi Pazar , Kurshumli and Raska.

Dozens of Serbs gathered in the northern part of the divided Kosovo town of Mitrovica in protest against the decision of Kosovo institutions not to allow the referendum to take place in Serbia, with improvised “voting” stations in the town’s Tsar Lazar Square.

Special Forces Units of the Kosovo Police with armored vehicles remained in a state of readiness in North Mitrovica.

The protests also included members of the main Kosovo Serb party, Serbian List. The head of Serbian List, Goran Rakic, said that if Kosovo did not allow Serbian legislative elections to be held also in Kosovo on April 3, there would be reciprocal action. Rakic ​​​​did not indicate what measures the northern Serbian-run municipalities of Kosovo would take, but Kosovo would “take them seriously”, he said.

After Kosovo Prime Minister Albin Kurti said he did not want Kosovo Serbs to vote in a foreign referendum on Kosovo territory, the Quint embassies and EU representatives urged him to follow previous practice and allow the OSCE to collect votes cast in Kosovo and send them to Serbia.

But Kurti said that any such referendum was not acceptable.

The Assembly of Kosovo on Saturday in a session convened by Kurtia adopted a harmonized resolution between the four parliamentary groups of his own Vetëvendosje party, LVV, the Democratic league of Kosovo, LDK, the Alliance for the Future of Kosovo, AAK, and the Multiethnic Group, against holding a Serbian referendum in Kosovo.

The resolution was passed with 76 votes in favor, none against and 1 abstention. Serbian President Aleksandar Vucic said on Sunday that the decision of Kosovo institutions not to allow the referendum to be held in Kosovo was not a surprise.

He spoke of the “harassment of Serbs, sending special police units, making checkpoints 15 kilometers away, harassment in all [Serbian] enclaves,” Serbia’s news agency Tanjug reported. According to him, Kosovo Serbs had shown again that their vote “is for Serbia, not Kurti”.

On Friday, the Central Election Commission in Serbia determined the four municipalities in Serbia in which Kosovo Serbs could vote for the referendum.

The referendum concerned amending the constitution in issues related to the independence of the judiciary, in order to harmonize it with EU law and standards, as part of the process of Serbia’s accession to the European Union.

This was the first time that a Kosovo government had refused to let a voting process of Serbia take place on its own territory. In past Serbian elections, the OSCE organized the voting process in the majority-Serb municipalities in Kosovo.

General elections take place on April 3 in Serbia; it remains to be seen whether Kosovo will oppose voting taking place in Kosovo for the latter as well.