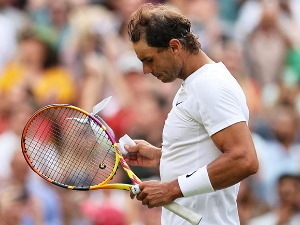 Nadal injured his abdominal muscle in exciting quarter-final matchwhich he won despite the pain and poor service.

The brand reported that “Biku from Majorca” is Abdominal muscle ruptured and that the split is seven millimeters.

He wanted to play in the semi-finals against Nick Kyrgios, but in the end he withdrew from the performance.

Nick Kyrgios was looking forward to the match with Nadal, who announced as the most watched in the history of tennisbut will settle for a place in the finals without a big fight.

The better of the duel will play against Kyrgios in the final Djokovic – Noriwhich was moved to Friday from 16.00.

The live broadcast of the semi-final match is on our First Program.

Ja kush është konkurrenti i parë i “Dancing with the Stars”