Ronaldo just isn’t a starter, as a result of he was not in coaching 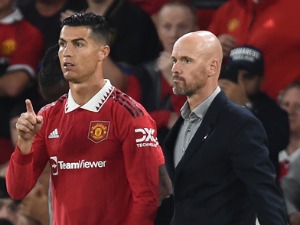 Ronaldo missed most of Manchester United’s preparations for personal reasons, and the British media remind that the Portuguese was trying to move to another club during that time. However, one of the best players in the world decided to stay at the Old Trafford club, and in the new season he was only in the starting line-up once.

“I will be his friend, sometimes I will also be his teacher, but everything depends on the situation. As we know, he was not at the preparations and on the summer tour. Without well-done preparations, he cannot play. His minutes will depend on the situation on the field, the game and of course from his physical fitness,” Ten Haag said.

Manchester United will welcome Arsenal tonight, who have achieved all five victories in the Premier League.