RTS :: All husbands of Ivana Trump 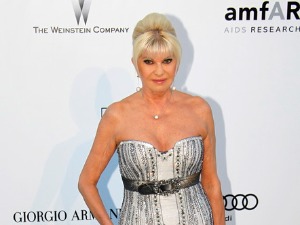 It was 1971 when the then 22-year-old beautiful skier from Czechoslovakia married her Austrian colleague Alfred Winklemayr. It was not a love marriage, but a way for Ivana to escape from the communist homeland, her lawyer Michael Kennedy explained in the 1990s.

Teenage days in his native Czechoslovakia

He said that Winklemeyer was just a friend whom she married because she wanted “her freedom” and to escape from her native Czechoslovakia, which was under a communist regime at the time, according to the South China Morning Post. It was a “Cold War marriage.” which “was never consummated,” the lawyer explained, and the couple never lived together.

Ivana received an Austrian passport in March 1972, immigrated to Canada in September of that year, and then divorced in August 1973. During a business trip to New York in 1976, as a 26-year-old model, she met the rich man and investor Donald Trump. On that occasion, Donald helped her and her friends get to a table in a crowded prestigious restaurant.

It was clearly love at first sight. The couple married the following year. They soon had children: Donald Jr., Ivanka and Eric. Ivana became a naturalized US citizen in 1998, four years after giving birth to her youngest son.

However, she divorced Donald after he cheated on her with Marla Maples, whom Trump would later marry and have a daughter, Tiffany.

Ivana with her husband Donald and children

Ivana left the marriage with 14 million dollars, alimony of 650,000 dollars per month, their home in Connecticut, an apartment in the Trump Tower, and for one month of the year she had at her disposal his Mar-a-Lago estate in Florida.

“She was a wonderful, beautiful and amazing woman, who led a great and inspiring life,” her second husband wrote on social media after her death.

Although she was apparently on good terms with Donald until his death, Ivana stated in 2016 that she had not forgiven his second wife. “She destroyed my marriage,” Ivana told British media about Marley Maples. “I wouldn’t accept her apology, but I have no problem with Melania.”

Ivana met her third husband, the Italian entrepreneur Riccardo Mazzucelli, in 1991. He courted her by sending her flowers after a lunch they had attended. But not a bouquet, but hundreds of roses with which he filled her room, according to People.

With her third husband Riccardo Mazzucelli

He first proposed to her with a 10-carat diamond ring, but Ivana rejected him.

She finally said yes three years later when he popped the same question with a Burmese sapphire. They got married in 1995, but their marriage lasted only 20 months.

“I loved Ivan a lot and I think I did my best.” I did more for her than Donald ever did,” Matsukeli once told People.

The marriage ended with Ivana’s lawsuit against Ricardo for breach of confidentiality. She demanded $15 million, but they settled out of court.
Matsukeli died in 2017 at the age of 75.

Ivana was alone for a long time, and then her heart was won by another Italian, a young and beautiful actor, presenter and model Rosano Rubicondi. Although the media mockingly reported that he was her “toy boy”, due to the big age difference, the couple made their relationship official with marriage in 2008. At that time, the 59-year-old, but extremely well-behaved Ivana married the 36-year-old Rossan right at the Trump estate in Palm Beach, Florida. Her children supported this marriage one hundred percent, and her daughter Ivanka was her godmother.

However, the marriage ended the following year, but the couple continued to see each other, maintain a relationship and break up in the decade that followed. They even participated together as contestants in the show Dancing with the Stars in 2018.

The long-distance relationship failed to last, and then Rosano fell ill with a severe form of cancer and died suddenly last year.

Ivana was devastated by his death, and she took care of him until the last day.

Italian media quoted some of his friends as saying that the couple had been seeing each other extensively in the last year of his life and that many thought they wanted to remarry.

However, they were not meant to be. Rosano died in October last year, and Ivan died nine months after him.