Serbia has rolled out the red carpet to China – but at what cost? 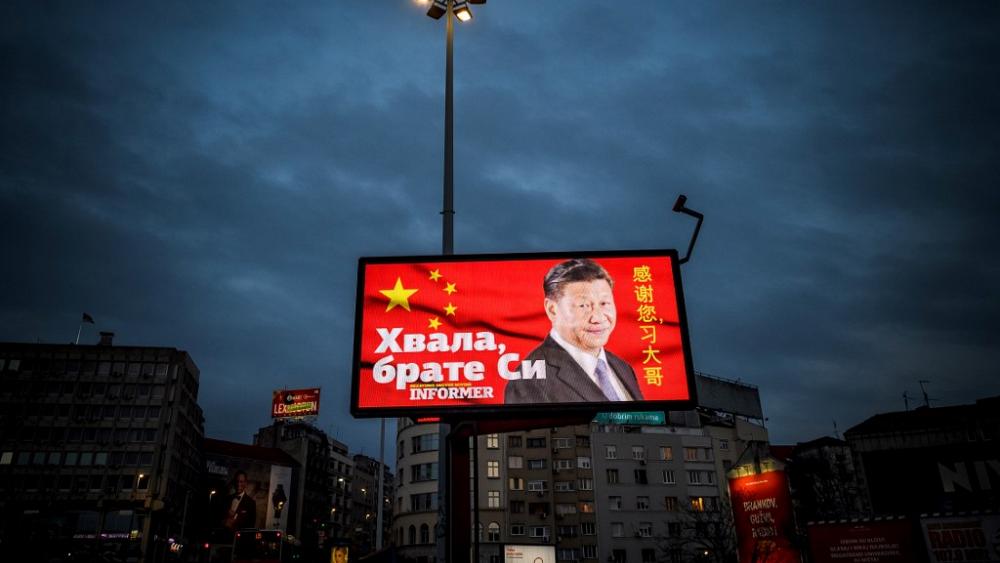 When the COVID-19 pandemic began in early 2020, Serbian President Aleksandar Vucic angrily declared that Serbs could no longer rely on the support of the European Union. Serbia can only count on one ally, said Vucic, the People’s Republic of China.

Since the beginning of the Chinese Belt and Road Initiative, in which Beijing invested in infrastructure projects in dozens of countries. From mines to highways, factories and railways, Chinese investments have been flowing into Serbia since 2016.

China’s presence in Serbia is not new. The ties between the two nations were first established during the time of the Serbian strongman Slobodan Milosevic. However, the Chinese presence was only visible during rare cultural events and a small Chinese trading community in the New Belgrade District.

Earlier this year, Vucic described the relationship between the two nations as a “friendship made of steel,” a fitting description given the recent purchase of a steel mill in the city of Smederevo by the Chinese HBIS group.

The deal is beneficial to China as the mill’s debt of EUR 300 million has now been borne by Serbian taxpayers. The project is referred to as the “savior program” for the city and the Serbian economy in general.

But the citizens of Smederevo – and the surrounding towns and villages – got more than they expected.

Vladimir Milic, an activist with the NGO Tvrdjava – which means “The Fort” – told Euronews that iron dust from the steel mill coated everything within 10 kilometers of the mill.

“We are desperate. People cough, you can’t open the windows and even the plants are covered in dust. We can’t sell our products and most of us don’t work in the factory – which is what we will live on, ”he said.

Milic said locals are preparing a lawsuit against the company while numerous petitions and reports have been submitted to Serbian institutions regarding the pollution, but nothing has been done so far.

“We protested on the street, but the government and the company are silent. We even found out that the government provided for free [of] the local port on [the] Danube to the company, free of charge for the next 50 years, ”he said.

The situation is similar in the city of Bor, whose residents took to the streets in their thousands last week to protest pollution after a Chinese company, Zijin, bought a mine there in 2018.

The mine is the largest copper mine complex in the Balkans and its operation has led to an increase in pollution. In September, 1645 mg SO2 were measured in the air, more than ten times the legally permissible 125 mg.

Local activist and opposition politician Irena Zivkovic said that arsenic in the air was 200 times the concentration allowed last year. She also told Euronews that heavy metals were detected well above allowable levels.

“When we asked for the official data about [its] Public health impact, how many newly ill people are in the area – lung disease, cancer – we have received no response from the institutions, “she said.

Since the takeover in 2018, Serbian courts have fined Zijin three times for pollution. However, in accordance with local law, the fines for this crime cannot exceed € 26,000.

Neither Zijin nor HBIS Group responded to Euronews’ requests for comments on the matter. The Serbian government did not answer any questions asked by Euronews.

Critics fear that Serbia will become a test case and model for Chinese investments in poorer, more indebted European countries and that state assets will be sold at the expense of local citizens and that even weak environmental protection measures will be neglected.

They say Serbia is in dire need of investment and the government has already shown a willingness to bypass normal regulatory protocol to quickly move a weak asset, including the recent sale of the Belgrade waterfront to a UAE company.

Meanwhile, business cooperation between the two nations has gone hand in hand with security and military cooperation. Serbia was on the verge of purchasing the Chinese FK-3 missile system, making it the first country outside of China to use the system.

In return, China has received political support from Belgrade, including Serbia’s support for Beijing’s policy towards the Muslim Uighur community. Serbia is the only European nation to support Beijing’s claims that it is “fighting terrorism and extremism” in northwest China.

“It is obvious that China is doing [a] Breakthrough to Europe via the Balkans and especially to Serbia, ”said Vuk Vuksanovic, Associate at LSE IDEAS, the foreign policy think tank of the London School of Economics.

Vuksanovic said Serbia’s status as a candidate for the European Union, but not yet a member, makes it desirable for Beijing to gain a foothold in Europe without the regulatory burden of formal membership in the bloc.

It can add Serbia’s support to that of EU members Greece and Hungary, who have also shown themselves to be friendly to Beijing and support them in the European Parliament.

But Vuksanovic expects the spit over Chinese telecommunications giant Huawei to make Serbia’s attempts to be close to both China and the US more difficult. Belgrade has come closer and closer to the US under President Donald Trump, but the White House is unlikely to look friendly if Serbia fails to reconcile its all-out war against Huawei.

Huawei recently installed nearly 1,000 high-resolution cameras at 1,000 key locations in Belgrade that use face and license plate recognition software, but also video management systems. In cooperation with Huawei, a data center is also planned in the city of Kragujevac.

“It’s going to be a difficult dilemma. Belgrade can buy time, but if Washington hits Huawei, Serbia will have to decide where it stands. And it will happen, ”he said.

Uncovering Europe brings you a European story that goes beyond the headlines every weekday around 1900 CEST. Download the Euronews app to receive notification of this and other breaking news. It’s available on Apple and Android devices.

The Kosovo Philharmonic will maintain a live performance in Skopje