Serbia remained with out gold, the Italians after 5 units to the title of European champion 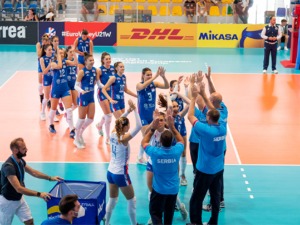 The selected Marijana Boričić had a lead of 1:0 and 2:1 in the sets and in some parts of the game they seemed dominant in relation to their rivals, but in the end they still suffered a defeat.

Italy was led by Lovett Ogosasere with 16 points, and in the Serbian national team Minja Osmajić with 18 and Branka Tica won a point less.

Serbia played an excellent tournament in Italy, losing only two matches, both against the home team and both with a score of 3:2, while in the other duels it recorded maximum victories.

However, Serbia will have to settle for the silver medal, while the bronze was won by Turkey, which was better than Poland with 3:2 in sets.