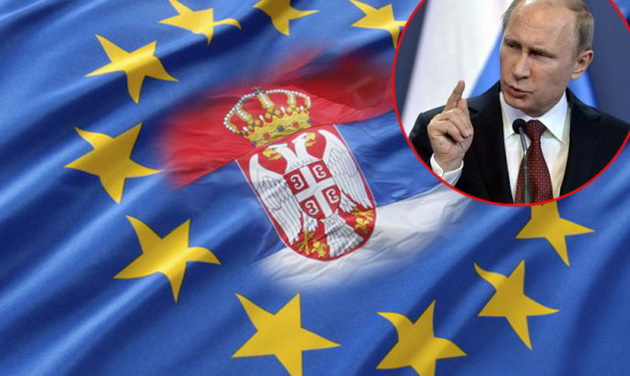 The Kosovo issue, the war in Ukraine, the introduction of sanctions against Russia, relations with super powers, EU accession, energy stability and preparation for the coming winter will be key political moments in Serbia in 2023, according to analysts who added it is clear that 2023 will be perhaps more challenging for Serbia than the entire previous decade.

It seems that the solution to the Kosovo problem is all and end all with Serbia’s progress in the EU accession process and overall relations with Brussels hinging on it. France and Germany came up with a joint proposal on how to solve this decades-long issue while the West is on the offensive too as it no longer wants to leave anything to chance.

Bojan Klačar from CeSID says that, in 2023, Serbia could have the most important debate regarding Kosovo, since “the acceptance and rejection of the European agreement entail numerous consequences.”

“Expediting the dialogue certainly implies numerous diplomatic activities, perhaps not direct pressures, but Serbia will certainly be made aware of the negative consequences in case of obstruction or failure. European partners insist on clear answers, while the US policy shows a lot of finesse and a different approach,” Klačar says.

In the year ahead, Serbia’s relations with superpowers will perhaps be more significant than in previous decades due to the complex foreign political situation, which was most certainly caused by the Russian invasion of Ukraine.

Everybody is asked to take sides and countries are regrouping. This is what has been going on at the global level for a year now with undiminished intensity.

Klačar reminds that the Serbian economy has very close ties to Western countries.

“Every national priority – Kosovo, EU accession, energy, economy – is connected to the complex architecture of Serbia’s relations with the great powers. Serbia has been trying to remain noticeable as little as possible, standing in between superpowers, but it is increasingly difficult to do so because there is a war in Europe, and when there is a war, nuances disappear and everything becomes black and white. You need to pick sides. Thus, 2023 will also be a year of great diplomatic activities, because Serbia cannot realize any of its vital interests without a carefully devised foreign policy. It also seems that being invisible in the conflict between the two sides is becoming increasingly difficult, and perhaps 2023 will be the year of some major decisions about Serbia’s position in the international arena and its foreign policy”, Klačar believes.

In the past year, Serbia had almost no progress in the EU accession process, and there is every chance that this year will also be full of challenges in that segment, primarily because of the Kosovo issue, but also the relationship with Russia.

Our key partners and our most important export markets are in Europe, and yet our citizens are less and less enthusiastic about Serbia joining the EU.

“Support for EU accession is declining. Although Serbia’s full-fledged membership is a long way off, we absolutely need to awaken new optimism regarding Serbia’s potential in cooperation with our biggest partners. I believe that this awakening can be achieved if we raise our economic integration with Europe to the highest possible level. Although economic prosperity is not a substitute for our many accumulated frustrations and justified negative emotions, it is the most effective path we can take in order to live better,” says the President of the Libek Education and Research Centre, Miloš Nikolić.

Requiring Serbia to impose sanctions on Russia is nothing new, and has been voiced loud and clear, countless times in the past year. It even went a step further, with individuals from the EU saying that not imposing sanctions on Russia could cost Serbia its EU access and propagating the view that they should consider freezing the EU funds allocated to Serbia precisely because of Belgrade’s refusal to impose sanctions.

In translation, the pressures have neither been absent nor stopped, and Klačar believes that there will be more of them this year, perhaps not so much because of relations with Russia, as Kosovo will be at the forefront too.

“It is to be expected that these pressures will be directed more towards the signing of the agreement with Kosovo because if that happens, sanctions against Russia become a less important issue. If we manage to resolve the issue with Kosovo, Russia loses its chance to influence the Western Balkans, and the international community permanently amortizes the Kosovo argument that official Moscow often refers to,” says Klačar.

5) Energy stability – Serbia will have to think strategically

Due to the Russian invasion of Ukraine, almost the entire world faced an economic and energy crisis, which is why it will be a special challenge not to have any turbulences next winter.

Klačar explains that the end of 2022 was marked by numerous activities in the energy sector (announcement of professional management in EPS, official energy-related visits to Norway and Azerbaijan…), and that these activities will continue in 2023 as the expectations are that the next winter will be more difficult than this one.

“Reforms and diversification in the energy sector are one of the priorities for this year. If the war in Ukraine continues into 2023, Serbia will have to think strategically about how to position itself in a world that is slowly approaching a bipolar order. Serbia’s current strategy is one of hesitancy, calculating who will be the winner or loser in this conflict,” Klačar adds.

On the other hand, Nikolić states that the second half of 2023 will be important when it comes to overcoming the common energy crisis and striving for diversification of supply sources, when the commissioning of the gas interconnector between Serbia and Bulgaria is expected to take place.