A bunch of oldsters of younger footballers from Belgrade was attacked on Ilidža, Dacic calls for that the perpetrators be punished 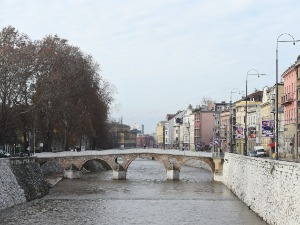 One of the participants of the event told the Klix portal that everything took place at an international soccer tournament for children, which is being held in a hotel in Ilidža.

According to eyewitnesses, a group of parents of young football players of FC Zvezdara from Belgrade were attacked in the hotel lobby.

“At one point, the parents of FC Zvezdara had a flag. We had no intention of provoking anyone. They suddenly came in and attacked us with tear gas and wanted to steal the flag,” says one of the parents of young footballers from Zvezdara.

As he said, they were met outside by an even larger group that was masked and had torches and knives. Then they were attacked again, and one parent was injured with a knife.

He also says that parents and children do not feel safe and are considering withdrawing from the tournament.

Belgrade is totally dedicated to the dialogue with Pristina, to…

The Ministry of Internal Affairs of Sarajevo Canton confirmed that there was an incident, but without details.

“The police were informed that there was a violation of public order and peace in the area of ​​Ilidža, and that on that occasion one person was injured, according to initial information, with a sharp object, and he was transported for medical assistance. His life is not in danger,” said the spokesperson of the Ministry. of Internal Affairs of Sarajevo Canton Mirza Hadžiabdić.

According to his words, the police officers of the KS MUP Police Administration are taking measures and actions to shed light on all the circumstances related to this event.

Forto: I expect the assailant to be apprehended immediately

The Prime Minister of the Canton of Sarajevo, Edin Forto, said that he expects the attackers to be apprehended and said that Sarajevo is an open city.

“I am in contact with Minister of Internal Affairs Admir Katic and Police Commissioner Nusret Selimović regarding the attack on visitors to the children’s soccer tournament in Ilidža. I expect the assailants to be apprehended soon on the guests from Belgrade. Sarajevo is an open city. It will remain so,” said Forto in post on Twitter.

Belgrade is totally dedicated to the dialogue with Pristina, to kind the Union of…