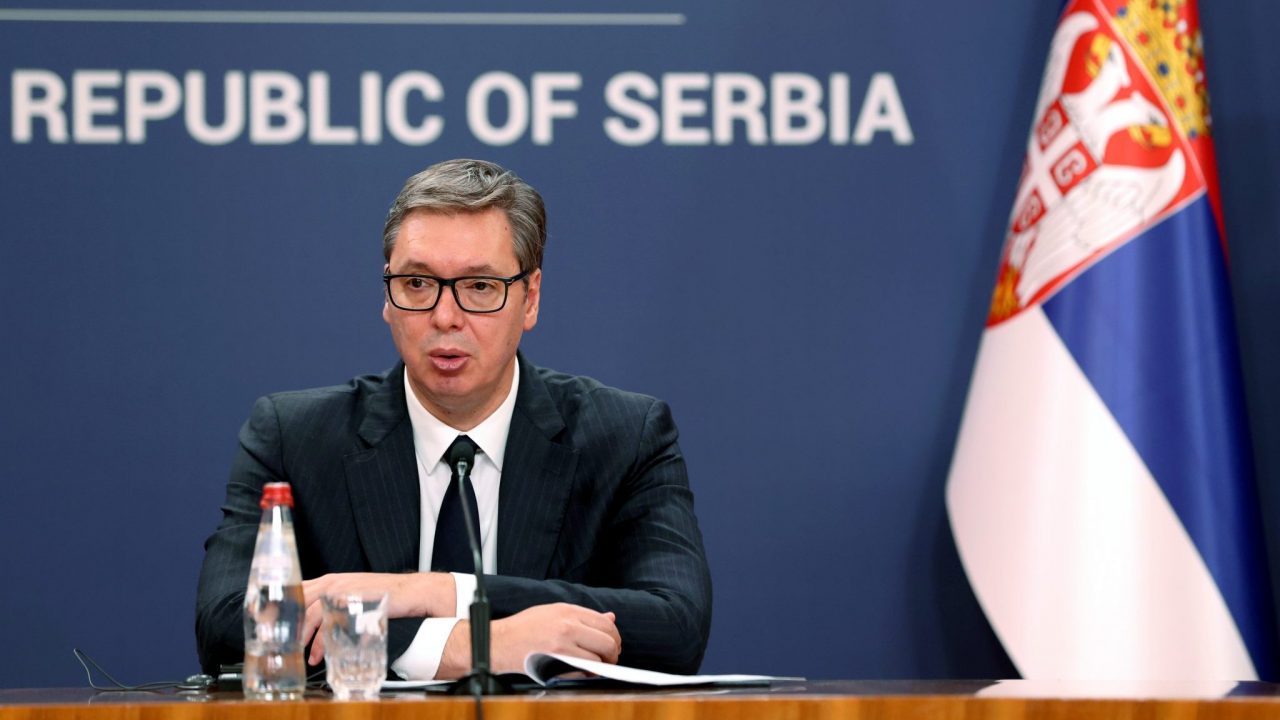 President Aleksandar Vucic told media on Monday evening that representatives of the EU and US told him that if Serbia does not accept the so-called Franco-German proposal for future relations with Kosovo, its European Union integration process will be halted and investments will be blocked .

Vucic said he was told that “you must accept this plan, and if you do not accept it … you will face, number one, the interruption of the European integration process; number two… the stoppage and withdrawal of investments; and number three, comprehensive measures in the political and economic sense that will cause great damage to the Republic of Serbia”.

In his speech on Monday evening, Vucic said that he could have responded by saying, “get out, we’re not going to talk about anything”. But he said that would have meant “there will be consequences”.

“It would be a matter of weeks before the visa-free regime we have with the European Union would be abolished … the second thing that would happen to us would be that there would be no more investments, then the withdrawal of investments from Serbia, ” he added.

Vucic made his statement after meeting EU and US representative on Friday. The EU’s special representative for Serbia-Kosovo dialogue, Miroslav Lajcak, told media in Belgrade on Friday that he and his EU and US colleagues felt “encouraged” after the meeting.

However, former Serbian President Boris Tadic, head of the non-parliamentary opposition Social Democratic Party, said after Vucic’s speech that the “blackmail being exerted on Serbia clearly shows that under this government, Serbia is a completely humiliated country”.

Vucic did not give more details about the Franco-German proposal, which has never been made public in full.

However, in November 2022, Belgrade and Brussels-based media published what they reported was a leaked copy.

It requires both sides to “develop normal, good neighborly relations with each other based on equal rights”; to “reaffirm the inviolability now and in the future of the frontier/boundary existing between them and undertake fully to respect each other’s territorial integrity”; also to exchange “permanent missions” and commit to “mutual respect of each party’s jurisdiction”.

Experts told BIRN in November that the leaked draft, as reported, seemed almost entirely based on the 1972 Basic Treaty by which East and West Germany de facto recognized each other, without the word ‘recognition’ actually appearing in the text.

In October 2022, Vucic claimed that, in essence, the proposal implied Serbia’s acquiescence to Kosovo’s membership of the United Nations in return for Serbia’s “quick entry” into the EU and significant financial benefits.

But Kosovo Foreign Minister Donika Gervalla said Vucic was only telling “10 per cent of the truth” and the proposal was just “a basis for discussion”.

Keen to stabilize the region against the ripple effects of Russia’s war in Ukraine, the EU – five members of which also do not recognize Kosovo – appears to have coalesced around the Franco-German proposal, which the European Union’s foreign policy chief Josep Borrell has stressed is in fact a “European” proposal.

“The so-called ‘Franco-German proposal’ is in fact Franco-German support for the proposal presented by me and [EU envoy] Miroslav Lajcak,” he said.

Debate on Russia sanctions starts in Serbia, in first