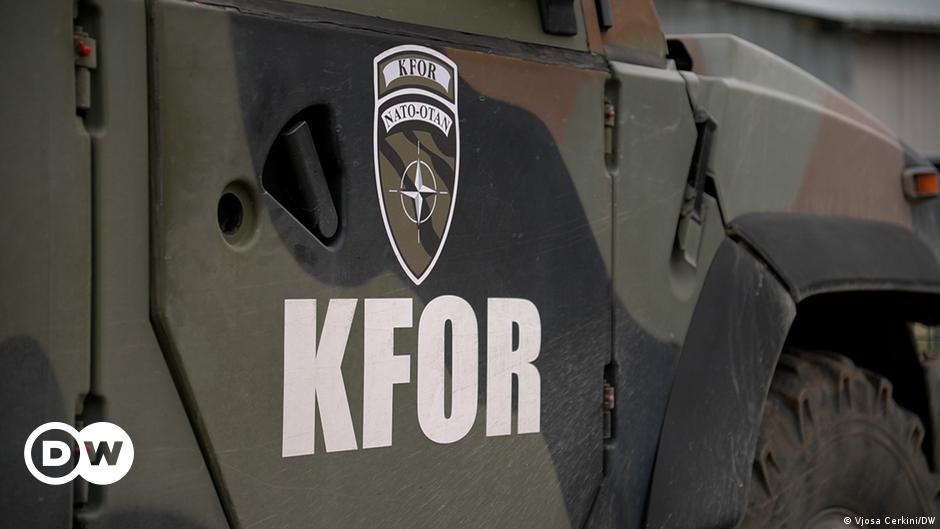 The NATO-led KFOR peacekeeping force in Kosovo should be enlarged to boost regional security, Kosovar Prime Minister Albin Kurti said in remarks published in a German newspaper on Sunday.

“A significant reinforcement of NATO soldiers and military equipment in our country would be a boost to security and peace in Kosovo and the entire West Balkan region,” Kurti told Die Welt.

His remarks come amid growing tensions between the former Serbian province and Belgrade, which rejects Kosovo’s 2008 declaration of independence.

How dangerous is the situation in Kosovo?

To view this video please enable JavaScript, and consider upgrading to a web browser that supports HTML5 video

What else did Kurti say?

Kurti also alleged that men wearing insignia from the Russian mercenary group Wagner and the nationalist Russian motorbike club Night Wolves were involved in building barricades recently set up in protest on the Serbian side of the border.

That made “the necessity of additional NATO troops just as clear as does the accumulation of Serb troops and artillery along the Kosovo border,” he said.

“An increase in the number of soldiers in the NATO-run peacekeeping force KFOR would support our efforts in the realm of defense,” Kurti said.

Russia, a close ally of Serbia, has recently denied any involvement in fomenting tensions in the region, while underlining its support for Belgrade.

What is the KFOR mission?

KFOR, short for Kosovo Force, is a NATO-led international peacekeeping mission that has been in Kosovo since mid-1999. It was deployed there originally with the UN-mandated task of guaranteeing security amid conflict caused by Belgrade’s crackdown on Kosovo’s once wide-ranging autonomy.

Currently, some 3,800 soldiers from around 30 countries, including around 70 German troops, are taking part in the mission.

The German parliament, or Bundestag, has said that up to 400 German soldiers can be deployed to the country.

What is happening between Serbia and Kosovo?

Tensions between the two countries have escalated in recent weeks, with militants from the Serb-majority north of Kosovo erecting roadblocks that interfered with cross-border traffic through two crossings with Serbia.

The action was taken in protest at the arrest of a Serb ex-policeman for allegedly assaulting Kosovar police officers.

The policeman had stepped down from his position in the Kosovar police force over Pristina’s plans to ban Serbian-issued license plates, another issue that has recently complicated relations between the two countries.

On Wednesday, the man’s custody was downgraded to house arrest by a Pristina court. Serbian President Aleksandar Vucic hailed this as a victory and that the barricades would be taken down.