Serbia bids to send soldiers back into Kosovo 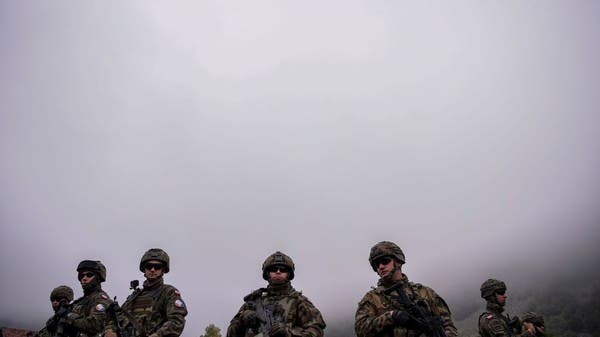 Serbia on Friday asked NATO-led peacekeepers in Kosovo to allow the return of Serbian military and police to its former breakaway province, a minister said.

The announcement came amid mounting tensions in Kosovo’s volatile north where hundreds of ethnic Serbs, outraged over the arrest of an ex-police officer, set up roadblocks this month which have paralyzed traffic through two border crossings with Serbia.

Ethnic Albanian-majority Kosovo declared independence in 2008, but Belgrade still does not recognize it and encourages the territory’s Serbs to defy Pristina’s authority.

For the latest headlines, follow our Google News channel online or via the app.

The Serbian army on Friday handed over at a border crossing with Kosovo the request for the “return of 1,000 Serbian soldiers and police officers,” Serbia’s Defense Minister Milos Vucevic said in a statement.

President Aleksandar Vucic said late Thursday the move would be “important for the protection of (the) Serb population” in Kosovo and “dramatically reduce tensions.”

But Vucic added it was “almost certain… that it will not be accepted.”

“Vucic knows very well that the presence of the Serbian army in Kosovo ended in 1999,” she told lawmakers in her annual address Thursday.

Osmani was referring to the 1998-1999 war between Belgrade’s troops and independence-seeking ethnic Albanian guerrillas. The conflict ended with the NATO-led bombing campaign against Serb forces.

He was arrested in the Serb-majority part of Mitrovica, an ethnically divided town, it added.

The suspect is a former Serbian police officer, said the head of the Serbian government office for Kosovo, Petar Petkovic.

Just hours after Kosovo Serbs erected the barricades on December 10, police said they suffered three successive firearm attacks on one of the roads leading to the border.

European Union police deployed in the region as part of the rule of law mission EULEX said they were also targeted with a stun grenade, but no officers were injured.

Both EU and NATO condemned the attacks.

Tensions mounted after Kosovo scheduled local elections in Serb-majority municipalities for December 18 and the main Serb political party said it would stage a boycott.

Shortly after the roadblocks appeared, Osmani postponed the elections till April 23.