After Ukraine, there is another war in Europe, the situation between Serbia and Kosovo is dangerous, army alert 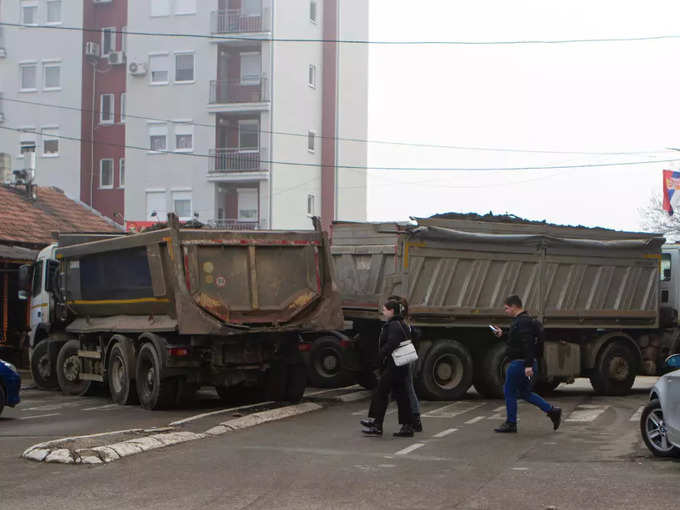 Mitrovica: Serbs in northern Kosovo put up more roadblocks on Tuesday. A day earlier, Serbia had deployed its troops near the border. However, the international community urged the Serbs to remove the blockades that had been put in place earlier. Overnight in the northern Kosovo town of Mitrovica, heavy trucks were parked on the streets. The city is divided between Kosovo Serbs and ethnic Albanians. Ethnic Albanians form the majority in Kosovo.

This is the first time that the Serb community has blocked major city streets since the crisis broke out recently. Until now, only roads leading to the Kosovo-Serbia border had been barricaded. Serbian President Aleksandar Vucic has said he has asked the army to be on alert “to protect our people and Serbia (in Kosovo)”. He claimed that Kosovo was planning to attack Kosovo Serbs in the northern part of the country and forcibly removed barricades that Serbs had put up 18 days earlier to protest the arrest of a former Kosovo Serb police officer. .

Tension between Serbia and Kosovo.

Vucic said he was in talks with EU and US mediators to keep the peace and find a solution to the current crisis. Serbian Prime Minister Ana Bernabić refused to comment on Tuesday on claims that Serbia has sent armed men to Kosovo who may be protecting blockades.

Trucks parked on the roads.

Serbia’s defense minister said in a statement on Monday that the president had put the army on high alert for fighting. That is, they are allowed to use weapons if needed. According to the defense minister, the president has ordered an increase in the current armed forces presence from 1,500 to 5,000. The country’s Interior Minister Bratislav Gacic has asked the police and other security agencies to prepare for war. During this, the army commander will give orders to them as per the requirement.