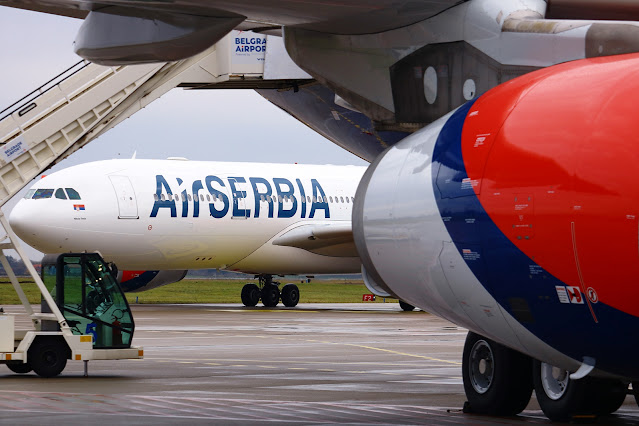 Air Serbia handled 26,140 passengers on flights between Belgrade and New York during the first half of the year, reaching 86.6% of its pre-pandemic numbers on the route, with figures in May and June outperforming those three years ago. The overall numbers represent an increase of 4.5% on the same period last year. The carrier uplifted 1,841 tonnes of cargo on the route, up 77.3% on 2019, according to data provided to EX-YU Aviation News by the United States Bureau of Air Transport Statistics. “Our flight over the Atlantic is working out well and represents one of Air Serbia’s strongest routes, with a reduction in its so far highly seasonal character”, Air Serbia recently said. Last year, the US market generated the greatest amount of revenue for the airline.

Overall, there were more passengers from the Big Apple heading to the Serbian capital during the first half of 2022, with 14,734 travelers boarding Air Serbia’s Airbus A330-200 aircraft in New York. A total of 11,406 passengers flew from Belgrade. Notably, the airline saw its busiest June on the route on record with numbers up 3.2% on the pre-pandemic 2019, fueled by the launch of new destinations providing new transfer opportunities, as well as recovering demand. The route will likely see a complete recovery in 2022. Between 35% and 40% of passengers on the service are transfers. Podgorica is the busiest transit market, followed by the likes of Tirana, Skopje, Athens, Tivat, Thessaloniki, Zagreb, Ljubljana, Vienna and Bucharest.

Air Serbia will grow frequencies on the route in 2023, with the carrier to maintain daily flights between Belgrade and New York during the peak summer period. Furthermore, the major expansion of its European network is expected to provide additional feed on the route. Air Serbia will also inaugurate flights to Chicago in May of next year and is considering adding Miami as its third destination in the United States during 2023. Although the carrier boasts an interline agreement with both American Airlines and jetBlue, a codeshare deal with a major US carrier is expected to be finalized and announced early next year.