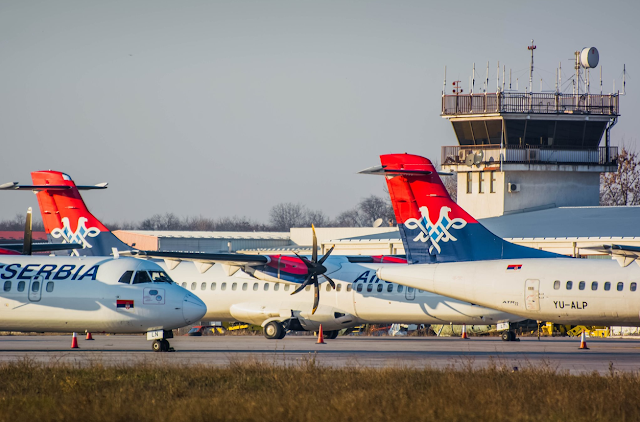 Air Serbia is finalizing a dry lease for an additional two ATR72-600 aircraft with plans to have eight of the type in its fleet this year. In a statement to “ch-aviation”, Air Serbia’s CEO, Jiri Marek, said, “We would like to operate eight ATR72-600s during this year, so depending on market availability of the aircraft, we may have a combination of dry and wet leases to cover the transition period. We are in the final stage to contract the next two ATR72-600s through a dry lease”. Air Serbia currently has five dry-leased ATR72-600s, one of which was delivered a few weeks ago and is yet to be put into service.

The carrier is also wet-leasing an Air Connect ATR72-600, which is planned as a long-term solution for Air Serbia and is expected to continue operating on behalf of the carrier throughout the 2023 summer season. The Serbian airline has been utilizing the Romanian-operated aircraft four times per week to Bucharest, Tirana, and Zagreb, three times per week to Vienna, two times per week to Ljubljana and once per week to Prague, Podgorica, Sofia and Venice. The airline still has one ATR72-200 and one ATR72-500 aircraft in service. Over the past year, it has replaced the majority of its older-generation turboprop aircraft with the -600 variant.

The airline has put on hold plans to potentially convert some of its older ATRs into freighter aircraft, according to Mr Marek. However, the airline has announced a naming concept for the turboprop fleet. “We should be proud of the country in which we operate and that is why we plan for the ATRs to receive geographical names and for the aircraft to feature the symbols of Serbia”, the airline’s CEO said. The carrier’s current ATR72-600 fleet averages seven years, while its previous mix of -200 and -500 models of the aircraft averaged 24 years.The two older ATRs still in operation with the airline are 25 and 32 years old respectively.Air Serbia owns the 32-year-old ATR72- 200