“Depend on me” for extra stem cell donors 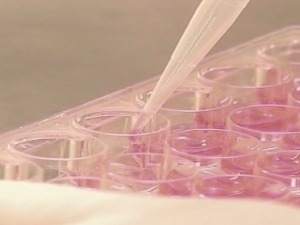 In the past year, more than 71,000 units of blood and 2,700 units of platelets were donated, reports the Institute for Blood Transfusion of Serbia. More than 15,000 people donated blood for the first time, and more than 10,000 graduates and students joined the campaign.

From the Transfusion Institute, they invite all citizens to join the winter campaign, which lasts until March 5. Over the next two months, more than 40 cities and municipalities will compete for the prestigious title of Champion of Solidarity.

In the past few months, and thanks to the “Rely on me” campaign, more citizens were registered in the Registry of Hematopoietic Stem Cell Donors.

Professor Dragana Vujić, from the bone marrow transplant center of the Mother and Child Institute, told RTS that 21 transplants were performed last year – 9 autologous when the patient is the donor himself, 4 from an identical related donor and one from a partially related matched donor.

In the next month, four more transplants are planned and the preparation of patients is underway, said Dr. Vujić.

“In the first half of January, we start preparing for a transplant for a boy whose stem cells arrived on January 3 and the donor allowed them to be frozen and used when needed,” says the doctor.

According to her, the indications for stem cell transplantation are very well defined and we adhere to the recommendations given by the European and American Association for Bone Marrow Transplantation.

“These are some forms of leukemia, congenital diseases, acquired non-malignant diseases, and you should always strictly adhere to those indications,” said the doctor.

There are 12,600 donors registered in our Registry, but that number needs to be much higher, because the more people there are in the donor base, the greater the chances that patients will find an opportunity for treatment in their own country.

Any adult between the ages of 18 and 45 can register in the Register, said Dr. Vujić and urged as many people as possible to register.

She pointed out that last year’s campaign “Rely on me” helped to increase the number of donors in the Registry.