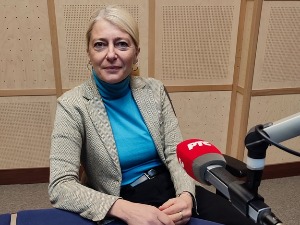 The Minister of Science, Technological Development and Innovation, Jelena Begović, was a guest on the Magazin show on the First Program of Radio Belgrade, and stated that her wish is that within a few years Serbia will be recognized on the world map as a country of science and innovation.

“A budget of around 290 million euros is planned, which is 23 to 24 million more than last year. We have science and technology parks that are full of companies. It was decided that they will be expanded in Belgrade, Novi Sad, Nis and Čačak, while science and technology parks will be built park in Kruševac. This year, the Biosens Institute is being completed. It is the only European Center of Excellence in Serbia for digital agriculture, nanotechnology, artificial intelligence. It will be opened in April 2023,” said the minister.

Begović says that the goal of the relevant ministry is to create ecosystems that will enable the networking of scientific disciplines, but also the interconnection of the economy, the state and science. Bio 4 campus stands out as an example of such an ecosystem.

He explains that it is one platform or campus to which, for now, five faculties and nine scientific institutes will partially or completely move, which retain their individuality, but also become part of a common story.

Bio 4 campus will consist of four areas – biotechnology, biomedicine, bioinformatics and biodiversity, specifies Begović. He adds that important players in this ecosystem will be large and medium-sized biopharma companies with whom negotiations are underway to open their research and development centers.

Belgrade is totally dedicated to the dialogue with Pristina, to…

“For the further development of biomedicine, the 1,000 genomes project, which involves reading the genetic material of 1,000 people, is of particular importance. From our point of view, it is very important, first of all, for diagnostics, prognosis of diseases, for screenings and for connecting certain changes in genetic material with the onset of a disease. “For many diseases, we suspect that they have a genetic basis, that a change has occurred, but we still cannot determine how that change occurred and where it happened. And for that, we need that data,” says the minister.

She warns that resistance to vaccination is one of the most significant global challenges, and that she believed that we have overcome the vaccination problem as humanity.

He believes that it is necessary to engage health workers and the entire scientific community in order to restore people’s trust, which has been damaged because many non-experts talk about the subject.

The minister points out that science must occupy the most important place in society, and that through graphic explanations, experts fight against the numerous misinformation that we are exposed to.

Referring to the finals of the competition for the Best Technological Innovation in 2022, which was organized by our house for the eighteenth year in a row, Minister Begović points out that it is a great project and that it would be good to give the audience the opportunity to vote for the best innovation.

In this way, according to her, ordinary citizens would be drawn deeper into the whole story, which would enable a better understanding of various scientific disciplines.

Belgrade is totally dedicated to the dialogue with Pristina, to kind the Union of…