I’m able to resign underneath sure situations 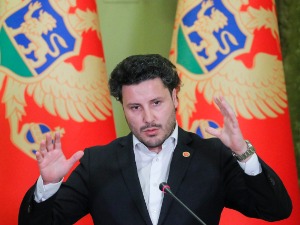 Dritan Abazović said that in principle he supports the position of the Presidency of Democratic Montenegro, which called on the assembly not to consider possible initiatives to shorten the mandate before four members of the Judicial Council and at least one judge of the Constitutional Court are elected.

“Since we all have to have a broader consensus regarding the unblocking of the judiciary, the Constitutional Court, the judiciary… let’s all contribute to it and say, well let’s go to new elections, government, reconstruction or some other model. But before that let’s do a joint job. If my colleagues from the Democrats, if I interpreted the announcement correctly, if it was some time… I am ready to resign,” Abazović said, Abazović told TV Vijesti.

When asked by the editor of the show if it is time to hand over the baton to someone else, Abazović said that what the government proposed is working.

“Montenegro is in many ways different from August 30, 2020, and all the processes that took place did not happen to the detriment of Montenegro. That was our obligation. Sometimes we feel alone in the defense of civil Montenegro, this manifests itself often, but the most important thing is that the process continues. No one can stop it anymore. Nothing of national interest has been destroyed. The effects of the thirty-year regime are in the Special Prosecutor’s Office and the public will only be informed about the effects of that policy,” said Abazović.