Jokić continued his wonderful streak and within the victory over Houston, Pokuševski was stable 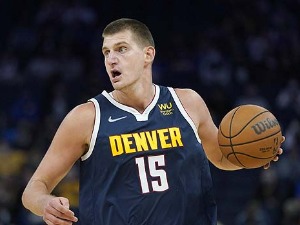 In a very equal duel, Denver managed to outplay Houston on its floor, even though the guests entered the match well and took the lead at the beginning of the first quarter.

Led by Jokić, however, they manage to turn the score around and win the first quarter and then maintain the advantage until the final victory.

Jokić spent a little less than 28 minutes in the game and finished the match as the most effective player with 32 scored points with 12 rebounds and 8 assists.

On his home field, New Orleans also celebrated over Oklahoma with 105:101, and Serbian international Aleksej Pokuševski, who was again in the starting five of his team, scored 11 points, which exceeded the figure of 1,000 scored points during his two-year career in the NBA league. .