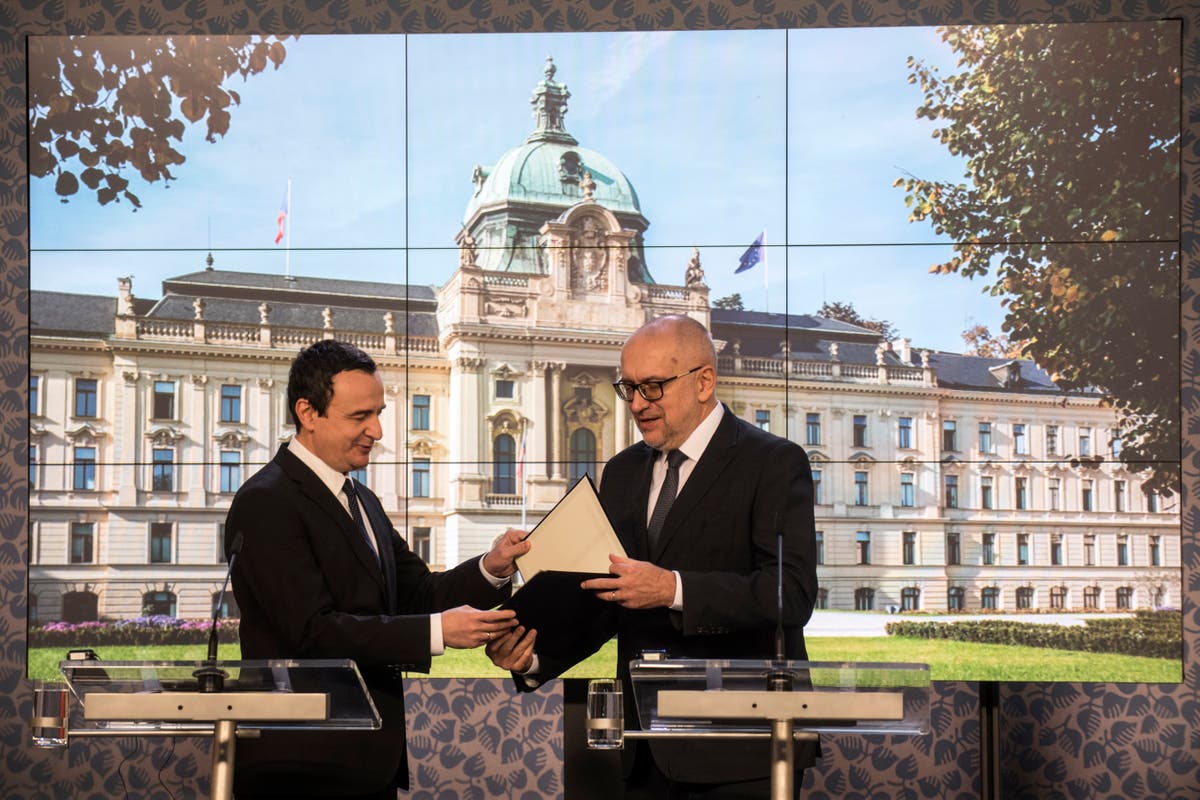 Kosovo’s prime minister on Thursday formally tabled his country’s application to be granted candidacy status for membership in the European Union, a first step in what looks set to be a very long path to eventual membership.

“The European Union is a destination we aim for and its is the destiny we embrace,” Kurti said in Prague.

For Kosovo, the latest country in the Western Balkans to apply to join the 27-member bloc, a place in the EU is a distant goal.

It is locked in a long-lasting dispute with another EU hopeful, neighboring Serbia, which has already called on the bloc to cancel the accession process. Without sorting out their differences, full membership can hardly become reality for either country.

Five EU countries — Spain, Romania, Slovakia, Greece and Cyprus — have not recognized Kosovo as a nation at all for reasons that, in the cases of some of the five, include fear that recognition might encourage separatist drives in their own countries.

Kosovo is a mainly ethnic Albanian territory that declared independence from Serbia in 2008. The Serbian government has refused to recognize Kosovo’s statehood and still considers it part of Serbia, even though it has no formal control there.

Kosovo was part of Serbia until a bloody Serb crackdown on an armed insurrection by ethnic Albanian separatists prompted a NATO bombing campaign in 1999 that forced the Serbs out. Serbia’s military and police killed more than 10,000 ethnic Albanians and about one million were forced to flee, mostly to neighboring Albania and North Macedonia.

Serbia reacted with anger to Kosovo’s EU application and officials said they will ask the five EU states which have not recognized Kosovo, plus Hungary, to block the initiative in Brussels.

“I don’t know which criteria applies to decide whether (a territory) is a state or not,” Serbia’s President Aleksandar Vucic said Thursday of Kosovo’s EU application. “We will have to fight as hard as possible to protect our state and national interests.”

Kosovo and Serbia are among six Western Balkan nations seeking EU membership, together with Albania, Bosnia, Montenegro and North Macedonia.

Expansion of the EU has stalled in recent years. The bloc last admitted a new member — Croatia, which is also part of the Balkans — in 2013.

Since Russia attacked Ukraine in late February, EU officials have repeated that stepping up the bloc’s engagement with the six nations was more crucial than ever to maintaining Europe’s security.