Llap president reacts after many criticisms for the poor form of the team: Last year we were also criticized, but we won two trophies – Latest News There has been a lot of criticism for this poor start, until now the president of the club, Beqir Batatina, has reacted through a post on his official Facebook page.

“Dear Llapjans and true sympathizers of the club, I invite you to stay calm and not to fall prey to the inappropriate criticism of some of the people who do not want the best for the heart club, Llap.

Even last year many criticized and did not believe us, however we showed the place to their critics with two trophies won in a short time.

Instead of criticism and bad intentions, I invite you to join us to support Llapi because Llapi is not mine and the “Batatina” brothers who brought me here with all their might and sacrifice, but Llapi belongs to everyone, so no matter how much we contribute and “We make the club even stronger,” he wrote. /Zeri.info 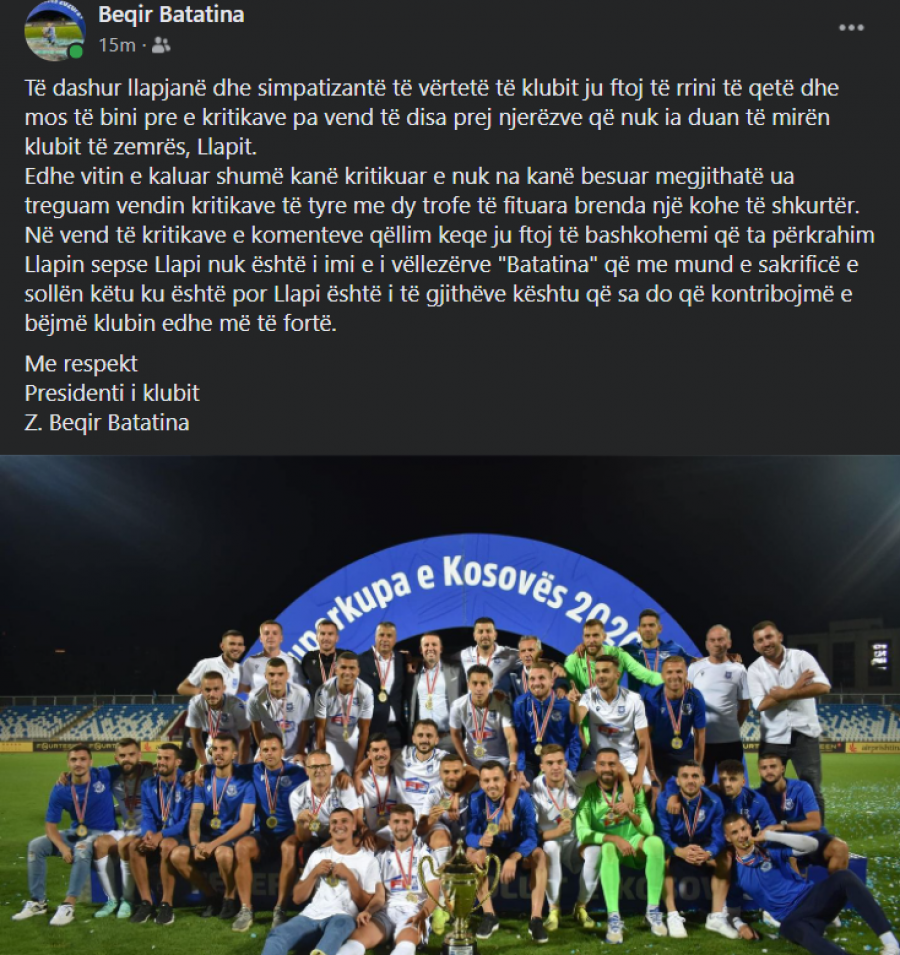