Using Twitter is proving quite challenging for Kosovo institutions.

Especially, the part when it should be written in English. Now it is the Ministry of Health, which accompanies the news described as Amazing News regarding the purchase of 1.2 million vaccines, with the wrong information.

It reads that “Kosovo supplies 1.2 million vaccines to Pfizer”. 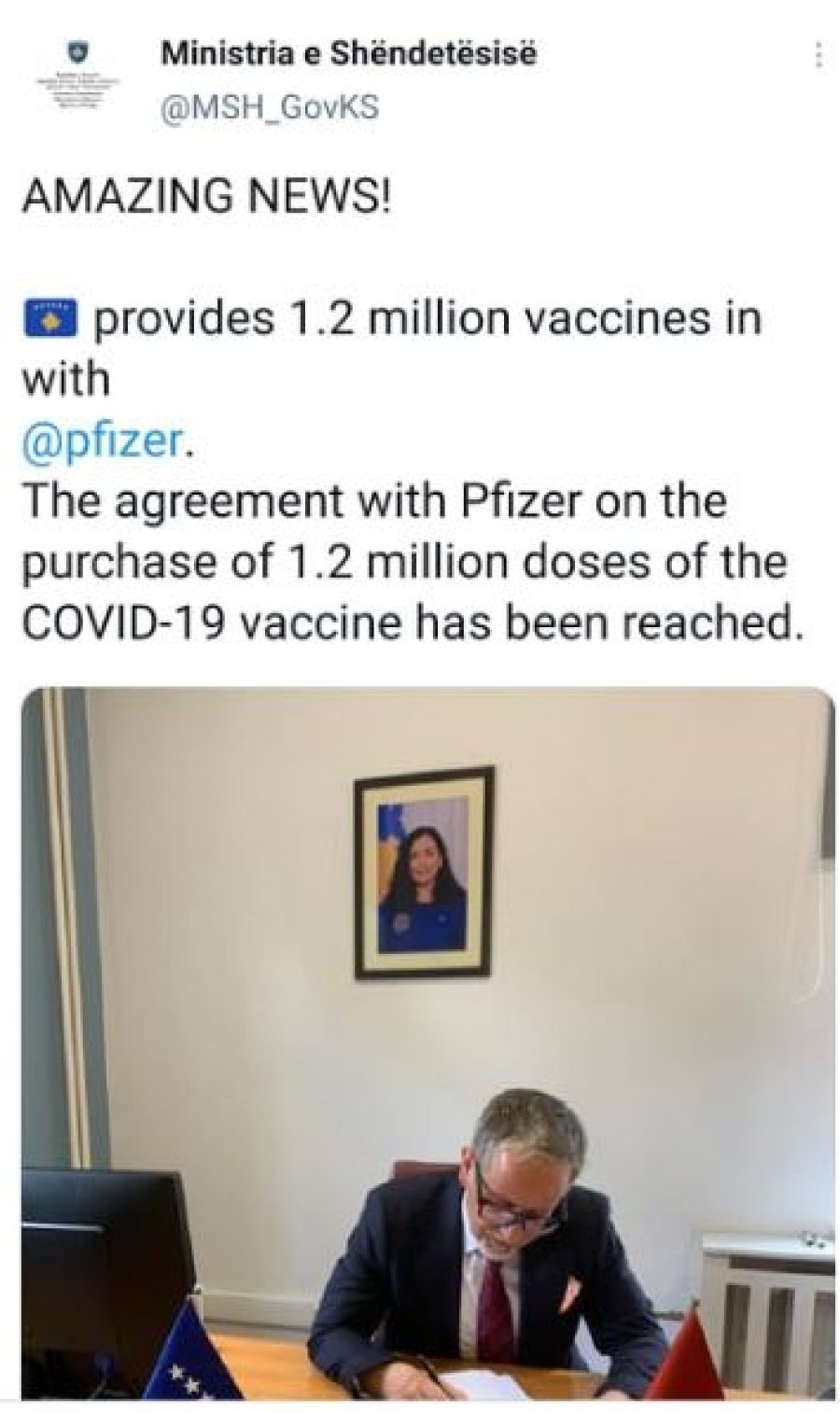 The mistake is in the part of who is the supplier, as well as in the ambiguities in the sentence, these are immediately noticed by the commentators. 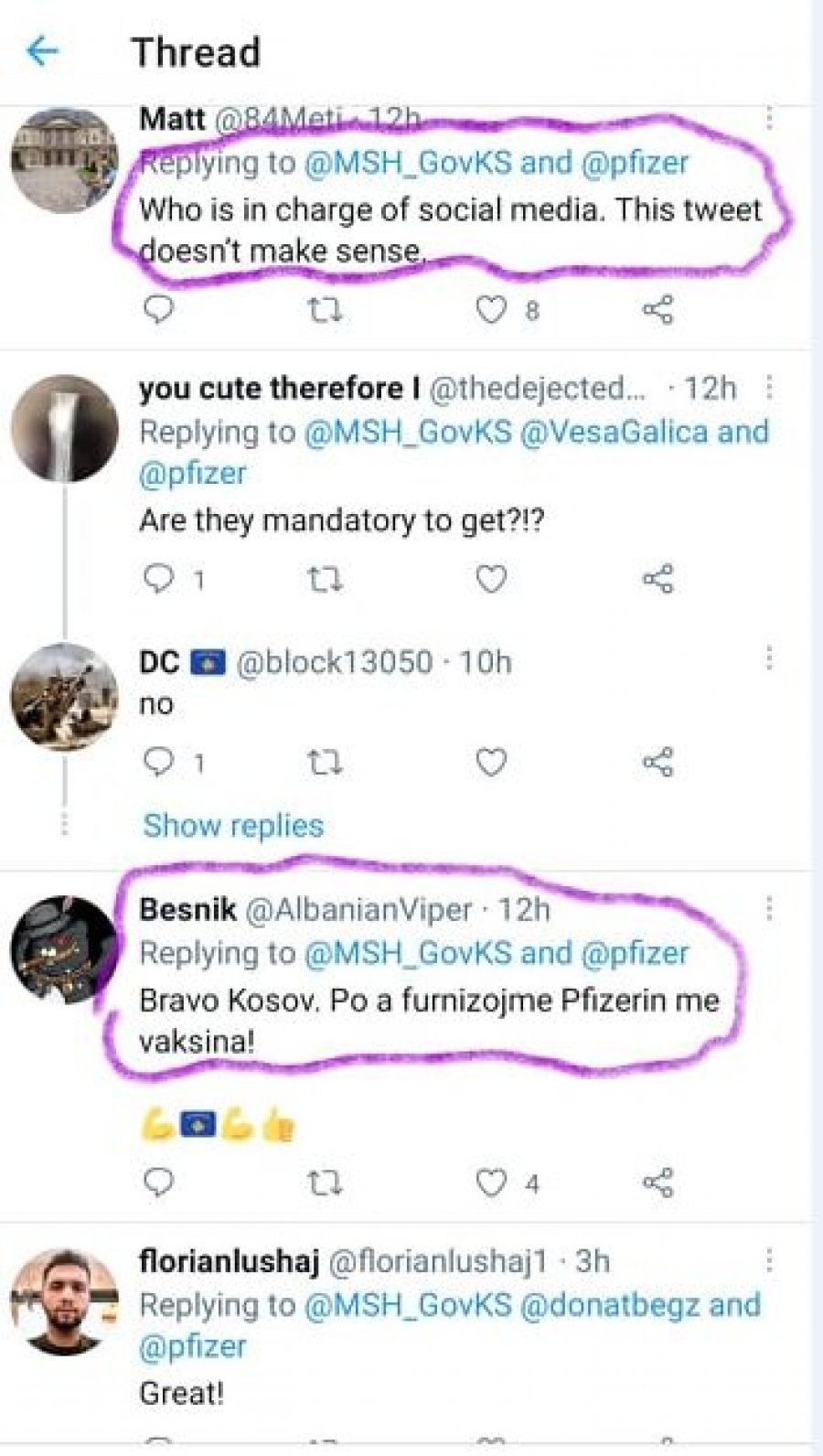 Meanwhile, the head of the government, Albin Kurti, has been much more careful. He explains very well who is the seller and who is the buyer in the case of vaccines. 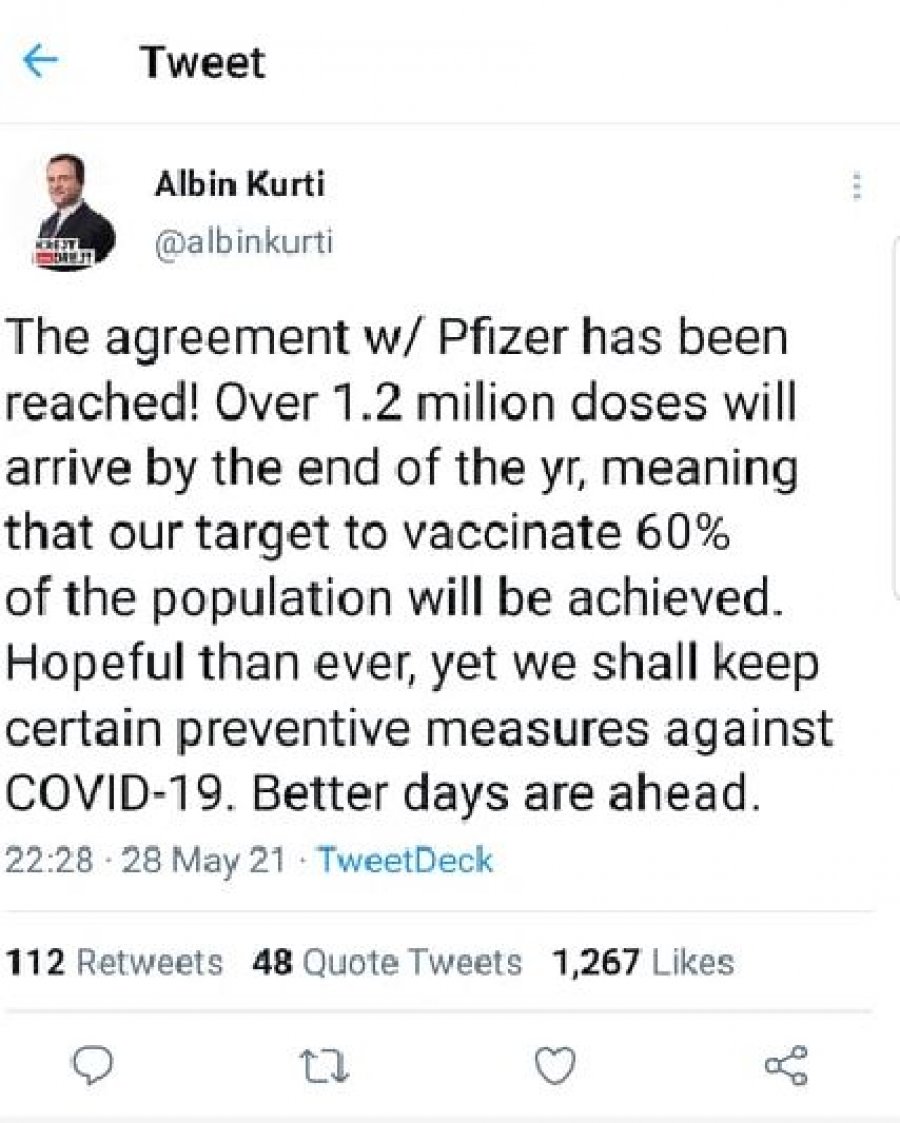 Days ago, it was the Ministry of Foreign Affairs, which was heavily criticized, after the publication with many errors about the developments in Belarus. The Minister, Donika Gërvalla Schwartz, apologized for these mistakes./klankosova

Ledri brought video from the bedroom