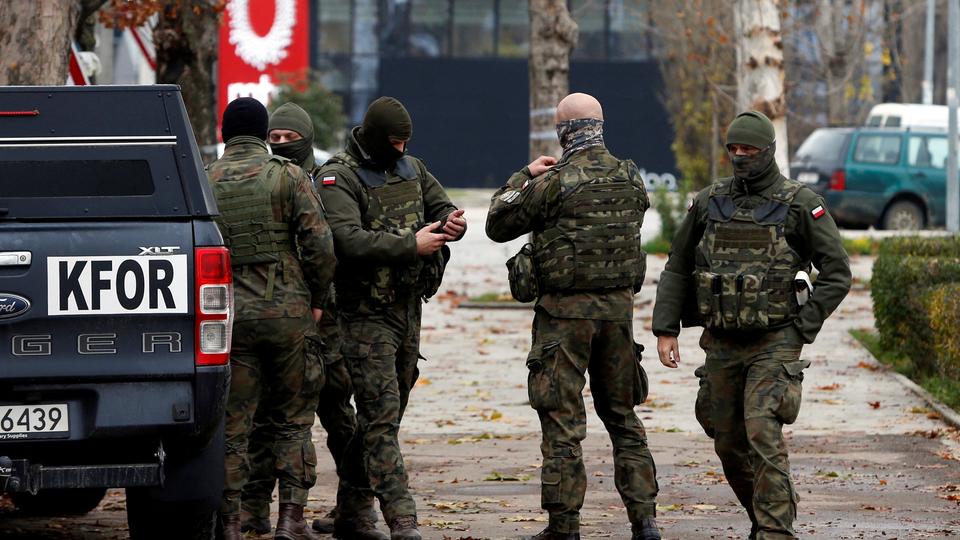 Major General Angelo Michele Ristuccia, leader of NATO’s KFOR peacekeepers, says his troops are in a position to control the situation and warns all sides to “refrain from provocative shows of force.”

Kosovo’s ethnic Albanian majority declared independence in 2008 but Belgrade still does not recognize this. (Reuters archives)

The commander of the NATO-led peacekeeping force in Kosovo has insisted he has the troops and capability to ensure security after Serbia called for the return of its military there.

Serbia’s defense minister had earlier called for 1,000 troops and police officers to be allowed into Kosovo amid mounting tensions in the north of the former breakaway province.

But Major General Angelo Michele Ristuccia, leader of NATO’s KFOR peacekeepers, insisted on Friday his force was still in a position to control the situation.

In a statement released by NATO, the Italian general did not directly address the Serbian request, which was delivered on Friday at a Kosovo border crossing.

But he warned: “We expect all actors to closely coordinate with KFOR and refrain from provocative shows of force to ensure the safety and security of all communities.

“KFOR has full capability, including personnel, to provide a safe and secure environment and freedom of movement for all communities, everywhere in Kosovo,” he said, citing his force’s UN mandate.

“Since October, we have been reinforcing our presence, including with additional troops and patrols in northern Kosovo this week,” he added.

Kosovo’s ethnic Albanian majority declared independence in 2008 but Belgrade still does not recognize this.

On Friday, Serbia’s Defense Minister Milos Vucevic said that the Serbian army had handed over a request for the “return of 1,000 Serbian soldiers and police officers”.

President Aleksandar Vucic said late on Thursday that such a move would be “important for the protection of the Serb population” in Kosovo and “dramatically reduce tensions”.

But Vucic admitted that it was “almost certain” the idea would not be accepted, and his Kosovo counterpart Vjosa Osmani dismissed the idea as a provocation and labeling it a “hegemonic idea”.

“Vucic knows very well that the presence of the Serbian army in Kosovo ended in 1999,” she told lawmakers in her annual address on Thursday.

Tensions mounted after Kosovo scheduled local elections in Serb-majority municipalities for December 18 and the main Serb political party said it would stage a boycott.

Shortly after the roadblocks appeared, Osmani postponed the elections till April 23.