RTS :: Restricted value of fuel and gas once more 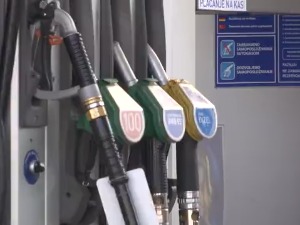 The government has temporarily limited gas prices and the fuel price cap extended until the end of July. The Ministry of Trade announces that drivers can report irregularities in the application of the Decree on limiting the price of petroleum products at gas stations by calling 066 847 00 27.

The government has temporarily banned the export of Eurodiesel and reduced excise duties on petroleum products. Also, the new regulations have simplified the procedures for those who want to install solar panels.

The energy crisis is becoming more acute, the goal of the measures is to calm the energy market and protect citizens and the economy from the consequences of rising energy prices.

Rasa Kojcic, Assistant Minister of Energy, told RTS that the goal is security of supply of the domestic market with all types of energy, this group includes natural gas and oil derivatives.

“All countries, including ours, are trying to protect domestic consumption to the maximum so as not to feel the effects of the energy crisis on a global level. The price of natural gas on the world market is rising every day, as a result of reduced deliveries to Nord Stream 1 and global events,” Kojcic said.

Ready to welcome the heating season

He says that in the past period, sufficient quantities of natural gas were provided, at a favorable price, which is a three-year contract – the underground storage of the Banatski dvor is being filled, because the basis is to be ready for the heating season. “We received natural gas according to the oil formula, which means that natural gas is procured at the most favorable possible price,” Kojcic underlined.

Kojcic points out that the decree protects all buyers at the level of average prices from November.

It is Friday, until 3 pm today, there will be a new correction of the prices of derivatives based on the movement of crude oil on the world market. The Ministry of Energy is making an analysis of wholesale prices.

“Looking at the effects of the global crisis, looking at the movements of derivatives in the region and globally, we see that there is constant fluctuation, derivatives go up and down, depending on demand, we monitor all these effects and after a meeting with the Ministry of Economy and relevant factors. have been in the past seven days and it will be seen what the prices of the derivatives will be, “Kojčić notes.

Renewable energy – what is simplified

The government also amended the Decree, which facilitates the procedure for citizens and businessmen who want to produce renewable energy themselves.

State Secretary of the Ministry of Mining and Energy Jovanka Atanackovic said that this is a very important measure when it comes to energy security and safety because the buyer producer of each household and the economy that becomes the buyer gets additional energy security because it has its own power plant from which it produces electricity and it is less prone to crisis.

“Last year, the government proposed that parliament pass a law on the use of renewable energy sources that introduced producer buyers, after which a decree was passed that simplified all conditions especially for households to become producer buyers, instead of the former 20 steps of six months of waiting to be completed. procedures and buy panels, find licensed engineers – a contract is concluded with the fulfillment of technical conditions with distribution – in practice it happens in just a couple of weeks, “the state secretary noted.

By amending the regulation, we want to help those who only want to produce electricity from solar panels for their own needs without handing over the surplus – who will hand over to the network, except to conclude contracts with EDB, they will not have additional technical conditions, she underlined.

Atanackovic states that in six months, there are two megawatts of connected customers of the network, 60 households, eight companies, and 25 megawatts are on hold and are expected to be connected in the coming months.

“The effect is important because only 11 megawatts of electricity from salad panels have been developed in the past 10 years, and we expect three times more in a year by the end of the year than in previous decades. The measures have yielded results,” Atanackovic concluded.