RTS :: Throughout Italy, homes for the euro 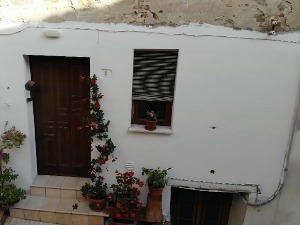 The resettlement of small towns in Italy is an ambitious project that a large number of municipalities want to implement in their territory by calling for tenders with the aim of attracting the attention of potential new residents and revitalizing the economy.

Small Italian municipalities offer various initiatives, and one of the most successful is the one called Houses for one Euro.

“The House for One Euro project was created 14 years ago in order to stop the abandonment of small towns, rural areas and villages.” In Italy, there are almost two million houses that have been abandoned, and this is a consequence of former large migrations, and we have houses that have been abandoned for over 150 years, as well as those from the seventies onwards, which certainly require minor renovation. Prices range from one euro to much more, it all depends on the condition of the houses,” explains Maurizio Berti, who heads the House for One Euro Project.

The project, which at the beginning was exclusively related to real estate, today has become a cultural project in the sense that many people who come to Italy and fall in love with those small towns with barely a few hundred inhabitants who lead a simple life, decide to buy a house there, get to know territory, dialect, local products as well as mentality.

“Our site has been visited by eight million people so far and every day I receive a large number of emails from people from all over the world, grandchildren of emigrants, people who want to spend their retirement in a different way, or simply want to withdraw from the rhythm of today’s life.” There are also many Italians who see in this project the possibility of buying a house for vacation, for business or in the place where their ancestors came from. These are people from North and South America, Canada, Australia, England and France, but also from oriental countries. I help those people with all the bureaucratic stuff,” says Berti.

According to him, globalization and the pandemic have led to an increase in interest in these houses, especially in Sicily.

The site also has a map of all the places in Italy where it is possible to buy a house for the symbolic price of one euro.

Buyers are divided into two types: those who buy a house as an investment, for vacation or to transform it into a bed and breakfast, in which case they are looking for houses in a fairly good condition at a higher price.

The second group includes people who buy these houses because they want to live life in a different, much more peaceful way and move with their whole family to engage in agriculture and the production of oil and wine.

This initiative wants to restore the change of generations in those places, because Italy is increasingly becoming a country of old people.