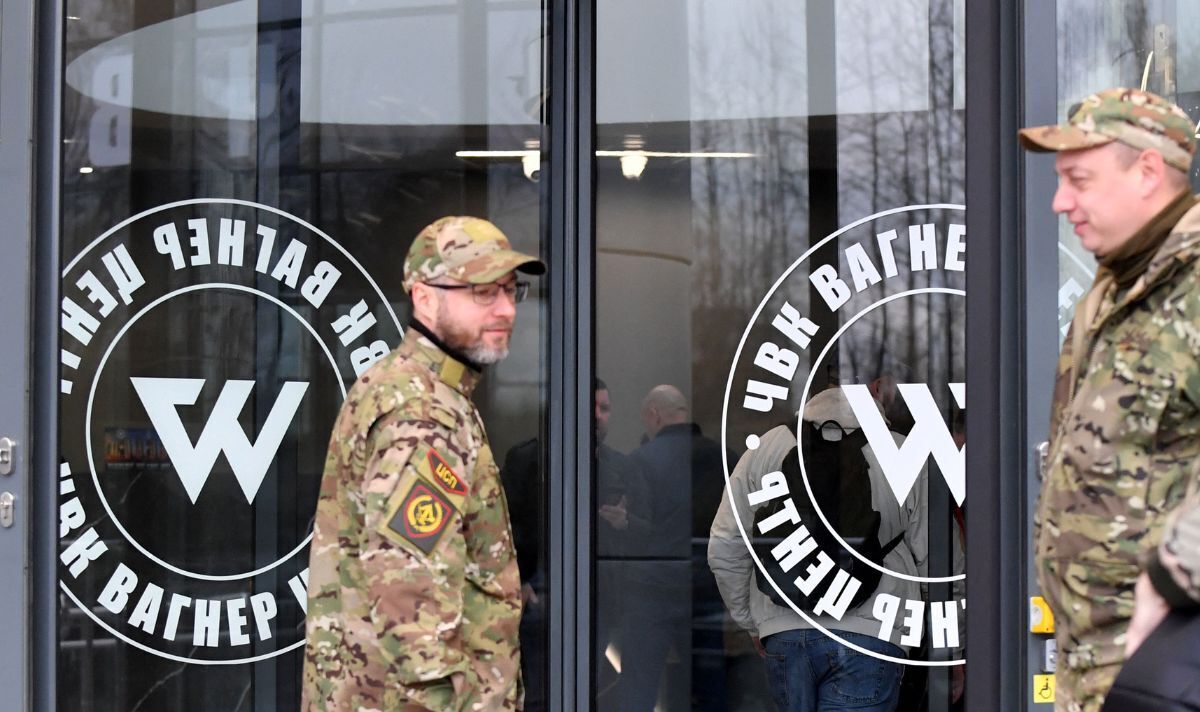 Serbia maintains a long-standing and historic relationship with Russia, with Belgrade often facing criticism for leaning too much toward Moscow.

The reaction to the Wagner video however has demonstrated that ties between Serbia and Russia have grown increasingly complex following Vladimir Putin’s invasion of Ukraine.

He claims to have not spoken with the Russian leader for “many months”.

Serb nationals are banned by law from joining in foreign conflicts as combatants.

Some two dozen people have been charged by courts in Serbia for “fighting on foreign battlefronts”.

It comes as a provocative mural depicting Wagner death’s head emblem appeared on a city-centre wall in Belgrade last week.

The mural was signed by the People’s Patrols, an extreme right-wing organization that has previously staged pro-Russia rallies which were poorly attended.

It has been reported that Wagner, a Russian private military company, has been recruiting former prisoners to fight in Ukraine.

According to the Washington Post, the United States estimates that Wagner has a total of 50,000 troops in Ukraine, with 40,000 of them being convicts recruited from prisons.

Other sources also indicate this recruitment of convicts, for instance, one Russian magazine has reported that Wagner is recruiting convicts from inside St Petersburg prisons, promising them 200,000 rubles (£2,400) for six months and freedom if they survive the conflict.

Moreover, Wagner has also tried to recruit inmates from prisons in the Central African Republic.

The Wagner Group founder Yevgeny Prigozhin is known as “Vladimir Putin’s chef” due to his ties to the Kremlin and food catering business empire.

This week a former employee revealed to a magazine in France how kitchen staff who fell foul of Prigozhin ended up receiving brutal beatings.

The 40-year-old who used to work at Prigozhin’s Concord Catering told Society how “the chef was taken to the cellar and beaten to the point of being hospitalized for two months” after a customer complained about a dish over the quality of the tomatoes.

On other occasions, the unnamed ex-employee recalled those workers accused of stealing food being “taken to a forest and beaten”.