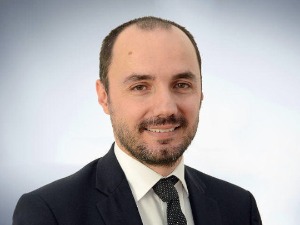 Last week, the State Prosecutor’s Office requested the lifting of the immunity of Boris Milosevic, who is an MP of the Independent Democratic Serbian Party (SDSS), which launched an investigation against him in March for inciting corruption or illegal state subsidies in a case after the arrest of Minister Darko Horvat.

Parliament is expected to vote on lifting Milosevic’s immunity on July 1, Hina reports.

After that, Milosevic should be questioned in Uskok, which should then decide on the indictment.

Milosevic’s lawyer Anto Nobilo previously pointed out that his client did not feel guilty and that he did not enter the criminal-legal zone, because he advocated for the voters who elected him.

Horvat, who was the only one in this case to spend 10 days in pre-trial detention, is suspected that in 2018, as Minister of Economy together with his assistant Ana Mandac, at the instigation of four other suspects, he illegally awarded 2.6 million kuna in grants to businesses was also personally interested.

Along with Horvat, Mandac and Milosevic, former Minister Tomislav Tolusic, State Secretary of the Ministry of Regional Development Velimir Zunac and Director of the Directorate for Assisted Areas Katica Miskovic are also suspected in that part of the case.

The investigation against Minister Josip Aladrović, who is charged with rigging during two employments in 2018 and 2019, while he was the director of the Croatian Pension Insurance Institute (HZMO), also resulted from that case.

After the investigation was launched, Aladrovic and Milosevic remained in office for some time, the first time two members of the government were under investigation and dismissed in late April.