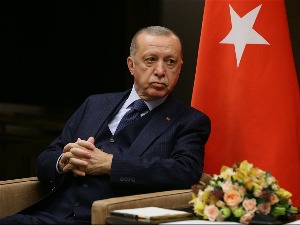 The idea of ​​establishing a hub in Turkey to redirect the amount of gas was proposed by Russian President Vladimir Putin at the Russian Energy Week forum in October.

“Russian President Vladimir Putin, as you know, proposed that natural gas for Europe be distributed through the territory of Turkey. We are carrying out preparatory work for that,” Erdogan said, according to Tass.

As Putin proposed at the time, the largest gas hub in Europe should be built in Turkey and the delivery of gas, which is no longer possible via the Nord Stream, should be redirected to that hub.

At the time, Putin stated that this could include the construction of another gas pipeline.