0, I performed the very best match this season 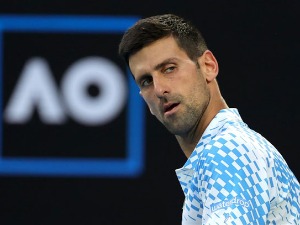 In just over two hours, Djokovic reached the quarterfinals of the first Grand Slam tournament of the season, as defeated De Minor with 6:2, 6:1, 6:2.

“Thank you for coming. I can’t say I’m sorry you didn’t watch the long match. I really wanted to win 3:0, because you never know what’s going to happen on the field. You deal with a lot of things on and off the field.” , Djokovic said after the match, in a conversation on the court with Jim Courier.

The Australian tennis player was equal to Djokovic only in the first four games of the first set.

“I think the first four or five games were very tight. Only one break in the first set. After the break I started to feel freer and more relaxed, to be able to pass more aggressively. I felt that he was more nervous at the end of the first and the beginning of the second set. I felt that it was my opportunity to use my chances. Tennis can change in moments, moments, points. I kept my focus and played the best match of the year,” said the Serbian tennis player.

Djokovic pointed out that he had no problem with the injury to his back.

“I didn’t feel anything, today was great. Thanks to the medical team, everyone who helped me to continue playing. But I don’t want to celebrate too soon. I felt good the first match, the second not so good, so I know things can be very to change quickly. I am satisfied with how I moved, how I hit the ball. I want to continue like that,” added the Serbian tennis player.

The last time Djokovic won the Australian Open was in 2021, and the Serbian tennis player had problems with injury even then.

“I’ve taken a lot of pills these days, trying to mask the pain. They’re painkillers that I don’t like to take. I had to find a way with the team to keep going. I’m going day by day, today was the best since the tournament started,” pointed out the fifth tennis player in the world.

Djokovic will play against Russian Andrey Rublev in the quarterfinals of the Australian Open.

“He is constantly at the top of world tennis. He has been there for years, he has firepower, the service is there, he is explosive and in some aspects he is similar to De Minor”, Djokovic concluded.