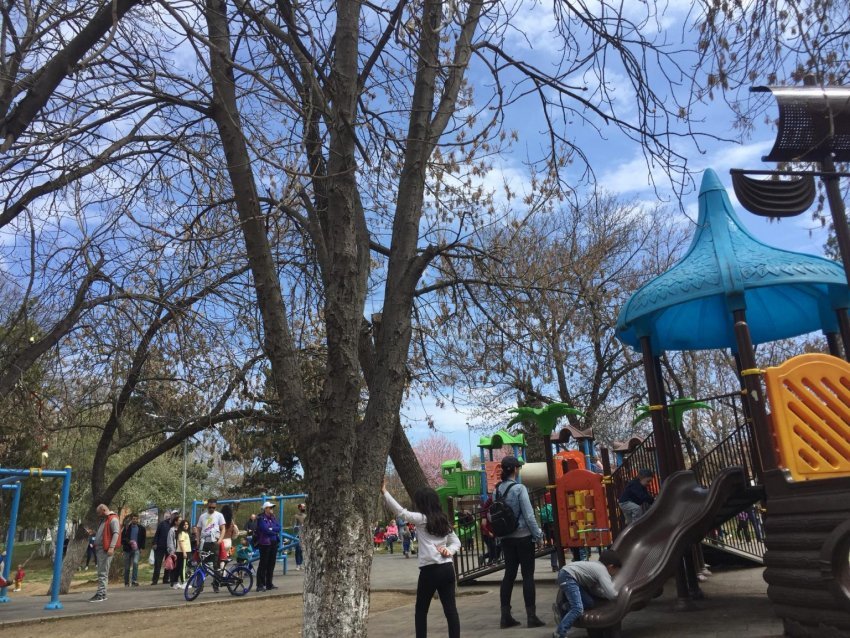 A large number of citizens on Sunday spent the day in the City Park in Pristina, after the closure of restaurants and shopping malls by the Government as a measure to prevent the spread of Covid -19.

Although in the open there was crowding in large numbers of people in small spaces.

Some of the citizens said that they have chosen this park to spend the day, because after the new measures by the Government. Bahtir Rama, pensioner from Prishtina has frequented the city park because according to him, he needs walking, but does not justify the large number of people here who without masks and without distance after the closure of gastronomy have come out and are carrying the disease.

“It takes a little walking, because either you walk or we lose our minds. “I saw very much that all these people after they closed us were called and went out, I know that we should protect each other and not go out and walk and go with the disease or get it”, he said He further said that the law should be for everyone, because according to him, someone should go out and walk and the rest should stay closed. “I have always respected the rules and it has always worked out well for me, and I feel a great pain because it is not working right, because if it is for everyone, not someone to go and walk and the rest of us to stay closed “, he further emphasized.

On the other hand, the other citizen Adem Jetullahu said that he always attends the City Park because according to him he has nowhere to go elsewhere and despite the pandemic, the boredom of staying at home has made him also go to this park. “I always go out here because I have nowhere else to go, as I am not being beaten at home, I am bored. “But in my opinion, the Government that did this closure did well, only the islands work like this”, said the citizen Jetullahu.

Most of the citizens were seen in the presence of family members and their children, while some others were pensioners playing chess or walking on the weekends. But, except in the city parks, a large number of Kosovars on Saturday and Sunday have decided to spend the weekend in Albania. 12 victims and 529 new circumstances with Covid-19