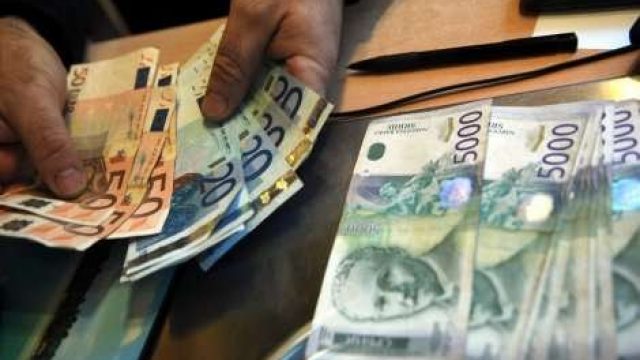 The National Bank of Serbia (NBS) said on Wednesday that its gross hard currency reserves stood at a record high of more than 19 billion euros at the end of December.

“The Gross NBS FX reserves amounted to EUR 19,415.7 mn at end-December 2022, which includes the first tranche (EUR 985.6 mn) under the Stand-By Arrangement with the IMF, approved to the Republic of Serbia on 19 December 2022,” a press release said.

The NBS added that the funds can be used to directly finance state budget expenses, refinance Serbia’s debts and/or finance current budgetary needs once the relevant law is adopted.

According to the NBS, the net hard currency reserves stood at 15.426 billion at the end of December.

“The December increase in FX reserves reflects the net inflow from other loans approved to the Republic of Serbia worth EUR 885.8mln – mainly dollar funds from the Abu Dhabi Fund for Development worth USD 1bln (EUR 945.8mln). A significant inflow also came from NBS interventions in the local FX market – a purchase worth EUR 340.0mln net, as well as FX reserves management, donations and other sources – EUR 170.5mln,” the NBS said.