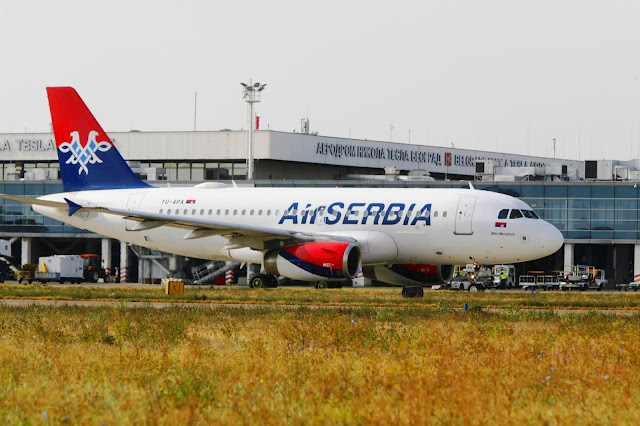 Air Serbia has responded to Wizz Air’s Belgrade expansion, after the low cost carrier announced yesterday the addition of five new routes, among which are Berlin and Copenhagen, where it will compete directly against the Serbian carrier, as well as Bergamo, where it has indirectly competition on the Milan route. As a result, Air Serbia is increasing services to Berlin from six to eight weekly, Copenhagen from five weekly to daily, and Milan from daily to ten weekly. The airline will add a seventh weekly flight to Berlin from April 1 (on Saturdays) and the eighth weekly service from May 4 (on Thursdays). Copenhagen operations will grow to six weekly from May 17 (on Wednesdays) and to daily from May 31 (on Saturdays). The carrier will add an additional flight per week to Milan from May 2, May 19 and May 26, respectively, on Tuesdays, Wednesdays and Fridays.

Almost all of the added frequencies will run on the same days Wizz Air is operating its flights to the three cities. The budget carrier plans to maintain four weekly rotations to both Berlin and Copenhagen, as well as five weekly to Bergamo. Air Serbia and Wizz Air will compete head-to-head on a number of routes in 2023, with the Serbian carrier having announced over twenty new destinations so far for next year. The airline is expected to unveil more new routes in the coming period, with the carrier’s CEO, Jiri Marek, noting last week that up to thirty destinations could be added to its network during the year.

Air Serbia has prided itself in recent years for its agility and swift reaction to evolving market conditions. In 2019 it was the first carrier to respond to the collapse of Adria Airways by introducing additional flights to Ljubljana. Similarly, in 2020 it was the first to react to Montenegro Airlines’ sudden bankruptcy, while this year it also moved quickly after the collapse of Blue Air in Romania and Wizz Air’s base closure in Sarajevo by adding additional flights, capacity and launching rescue fares. The carrier has noted that its dynamic approach to scheduling and pricing during the height of the coronavirus pandemic enabled it to quickly rebound from the global slowdown in air travel.