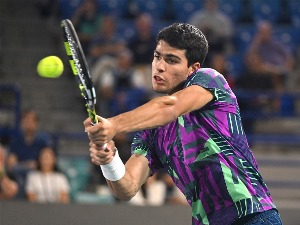 The young tennis player from Spain announced on social networks that he will not play in Australia because he was injured in training.

“Just when I was at my peak in the pre-season, I accidentally got injured in training, due to an unnatural movement. It’s a muscle in my right leg. I’m preparing hard for the Australian Open, but unfortunately I won’t be able to play in the tournament. It’s difficult, but I have to be optimistic, get better and look ahead. See you in 2024 at the Australian Open,” Alcaraz wrote.

Last year, the Spaniard was eliminated in the third round of Australia, but he won the first Grand Slam title in his career at the US Open.