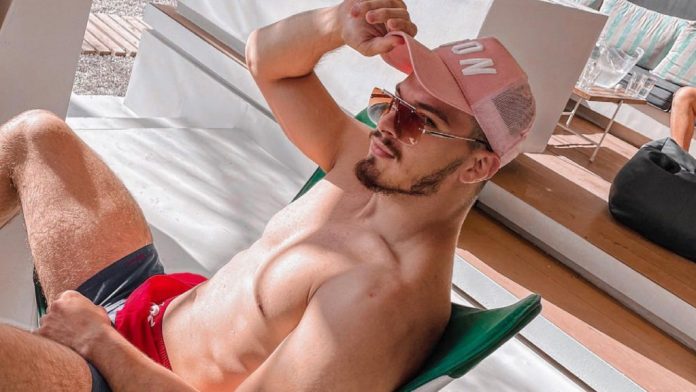 We are used to seeing it in “Match”. Beautiful, with a physique that many men covet.

This is how we know Andin Artan.

Although this show is already over, Andi does not seem to intend to leave the world of television.

After his 3-month adventure in Përputhen, Andi Artani this time has decided to take the role of moderator.

Yes yes, once a protagonist, but now a moderator himself! He even seems to be doing this job with a lot of confidence, without emotions from the cameras.

As some of you have seen, it has been several weeks since Andi Artani together with the moderator Ajda Shukriu, managed to have the most talked about guests in the studio.

Artists, actors and politicians became part of this summer show where they shared compliments for this edition.

Andy, in the role of moderator in “Summer Night” will be until September 1.

But he has warned that there are other plans, which will soon be made public.

And his appearance on television and social networks is driving girls crazy after the latter.

And for this he seems to have the finger most of his beauty and physique.

So the latter for now seems to be holding the front in terms of the sexiest and most attractive man of the moment.

But what are his plans? And how he will use all this attention from now on, we expect to see in September.

It remains to be seen… Many violations in hydropower plants, but no action against them – Latest News

IN TOPOLA THINK OF THE FUTURE! 30 little one automotive seats distributed, however that was not all assist to folks / PHOTO /