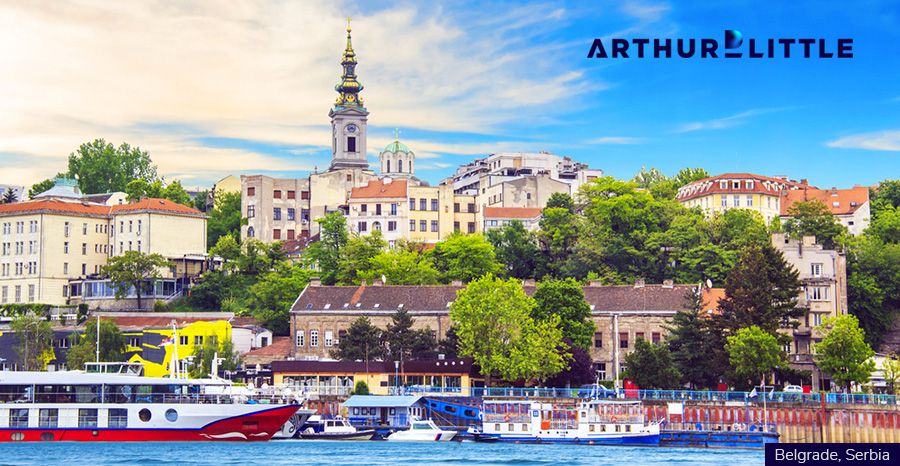 Arthur D. Little, the world’s longest operating global strategy and management consulting firm, has launched a new office in Belgrade, with the Serbian capital city serving as its launching pad for the Balkans region.

The launch comes in anticipation of a boom in economic activity over the coming years, as Serbia prepares to become a member of the European Union.

Arthur D. Little already has a footprint in Serbia, working with clients in mainly the telecom, technology, energy and government sectors. “We’re committed to working as closely as possible with our clients, and the new office will provide on-the-ground support to our existing Serbian clients,” said Ignacio García Alves, Arthur D. Little’s chairman and chief executive officer.

Bela Virag, Managing Partner of Arthur D. Little in Austria (who is overseeing the Balkans expansion), added that the firm will leverage the new office to pursue a strong growth agenda in the country.

“Serbia is an increasingly dynamic market with lots of potential, and is actively looking for new ways to grow and expand. We’re now looking forward to expanding our business into other areas and to boost our presence in the western Balkan region [also comprising Albania, Bosnia and Herzegovina, North Macedonia, Montenegro and Kosovo].”

Key sectors the firm will focus on for expansion are telecom, financial services, technology, transport and energy – all sectors which are set to see major change as they integrate into Europe’s single market.

According to Virag, Arthur D. Little brings a proven track record in these fields to the local market, having worked on some of the most strategic national transformations and private sector agendas in other countries that in the past decade were integrated into the European Union.

Unpacking on another of the firm’s differentiators, Virag said: “We make the difference to our clients’ business by working side-by-side with them as an integrated part of their team and drawing on an international pool of industry experts – this means that we meet our clients’ needs and ambitions with the most appropriate people, thus delivering the best possible solution.”

The company’s 43rd office globally will be overseen by Milena Matić, who has been with the consultancy for five years. “We’re strengthening the Belgrade office with a number of local appointments, drawing on the depth of talent that Serbia possesses.”

Founded over a century ago and considered one of the world’s most prestigious consulting firms, Arthur D. Little is on a strong growth trajectory in recent years. The Belgrade office is the firm’s 20th new hub since 2015, and headcount has more than doubled since 2017, currently hovering at around 1,400 staff worldwide.