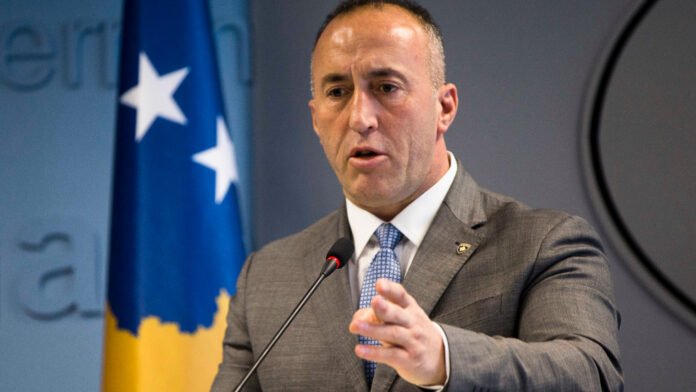 The leader of the Alliance for the Future of Kosovo, Ramush Haradinaj, in an interview spoke about the current political situation in the country.

Haradinaj was asked about the statement of Deputy Prime Minister Besnik Bislimi, who said that he had agreed with the mediator of the dialogue from the EU, Miroslav Lajçak, that Kosovo should open the KLA archives.

Haradinaj stated that Bislim’s statement stems from those of Prime Minister Albin Kurti in Brussels.

“This statement originates, or starts from the statement of Prime Minister Kurti in Brussels, which sought to confront or confront and deal with war crimes and war crimes, of the Balkan countries, where he put Kosovo on an equal footing with Serbia.

So it gave Serbia an expected success of 22 years.

Serbia fights to be in an equal position of statements regarding war crimes or what happened in the war, and not to have a difference with Kosovo as a victim, and Serbia as the perpetrator of crimes “, Declared Haradinaj on Channel 10.

The leader of AAK said that this is the reason why he asked Kurti in the Assembly “are you from Serbia, are you taken hostage”.

For this I asked the Prime Minister Kurti in Parliament “are you from Serbia, are you a hostage”, that I knew what that statement meant, it is not done by coincidence, I knew its consequences, here are the consequences of money “, declared Haradinaj./telegrafi

Goalkeeper from Kosovo, Amir Shaipi is made official in Lugano – Latest News