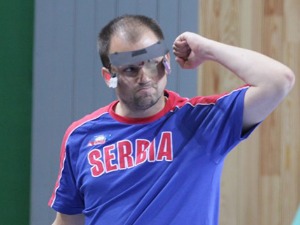 Mikec earned this recognition as the first place in the final annual list of the World Shooting Federation. He recently won gold at the Presidents Cup in Cairo, which is the last competition of the season.

In the announcement of the Shooting Association of Serbia, it is recalled that Mikec collected points by winning medals and high placings at World Cups, Grand Prix tournaments and the European Championship. This year, Mikec won gold medals at the World Cups in Baku and Changwon.

Apart from Mikeca, there are three more Serbian shooters among the top ten in the world rankings. Zorana Arunović is second on the list of the best competitors in the air pistol discipline.

Teodora Vukojević holds seventh place in the air rifle discipline, and Lazar Kovačević is tenth with the same weapon in the men’s competition.