Dani Alves arrested in Barcelona on expenses of sexual assault 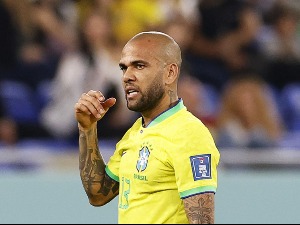 Dani Alves was accused by a woman of assaulting her in a nightclub in Barcelona on December 30 last year. On January 2, she filed a lawsuit against the Brazilian soccer player.

The former Barcelona player denied the allegations and said he did not know the woman. The Brazilian soccer player’s legal team claims that Alves was in that night club for a short time and has nothing to do with this incident.

Spanish media report that the police in Barcelona have questioned the Brazilian soccer player, who will testify before the judge.

The judge will then decide whether Alves will be released to defend himself or whether the Brazilian footballer will be detained. Police said they could not release details about the case.

Alves (39) played for Bahia, Sevilla, Barcelona, ​​Juventus, Paris Saint-Germain and Sao Paolo during his career. He is the player with the most trophies in the history of football, he won 43 trophies in his career.