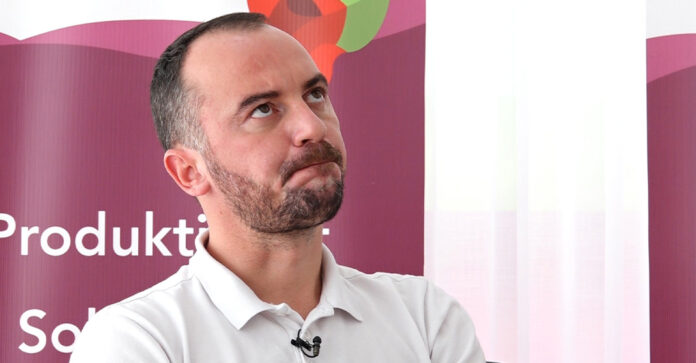 Former member of VV, who now leads PSD Dardan Molliqaj has reacted after the election of the new Government of Kosovo.

The new government was voted on today, the result of the February 14 elections.

Our analysis of this government is based on two factors: the programmatic promises that tell us about the orientations, but also the people that point to the preparation and eventual performance.

We see full agreement between these factors.

The government does not see the economic model as a problem, but its non-functioning.

Therefore, we need pure liberals there, possibly also with culture.

The economy will be run by publicly declared right-wing people.

Without interference in the tax system and redistribution policies, they tell us that economic growth and social development are separate.

Without health insurance and a fair pension system, the new government will sell the aid as a welfare system.

The name of the education sector is fully in line with the lack of transformative goals so necessary for this field.

Arbërie Nagavci may not seem competent to many, but we must not forget that the tasks she has in front of her based on the program will not bring her any headaches.

To intervene in the drastic decrease of the level of knowledge absorption in students requires political courage and love for knowledge, because one of the biggest interest groups must be challenged.

Health will be run by an extremely irresponsible minister.

Arben Vitia had closed Kosovo for protection from the pandemic, but at its peak he participated in a gathering of 1000 people.

His conduct does not resemble the universality of Hippocrates, but the tricks of the hypocrite.

The Ministry of Interior will be entrusted with the oil of Xhelal Sveçla, while the Ministry of Foreign Affairs through Donika Gërvalla will permanently personify the diplomatic scandal.

HE WILL SHAVE HIS BEARD FOR MAGDALENA! The president of the Normal Meeting in Gracanica supported the motion for the remedy of a sick woman in an unique manner!