Digital platform for youth “How to protect yourself from human trafficking?” launched in Serbia 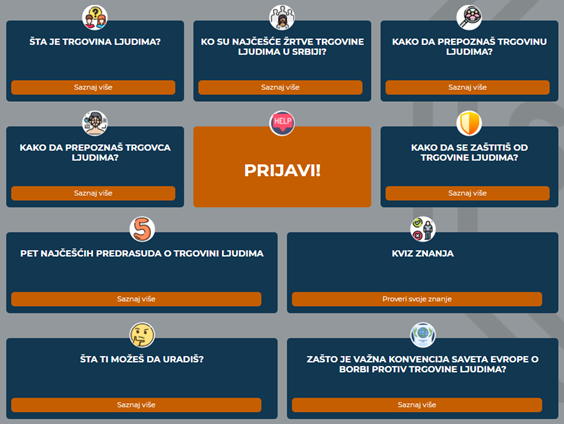 In the run-up to the European Day to Combat Human Trafficking on October 18, the civil society organizations Child Rights Center and Atina launched the digital prevention platform for children and young people entitled “How to protect yourself from human trafficking”. The platform was created as part of the awareness campaign on child trafficking in Serbia, which was implemented through a grant from the joint action of the European Union and the Council of Europe “Preventing and combating human trafficking in Serbia”.

The platform refers to the Council of Europe Convention on Action against Trafficking in Human Beings – a European treaty that provides clear and detailed guidelines for combating this phenomenon and a set of rights for victims of trafficking in human beings. There is also a knowledge and a child-friendly quiz.