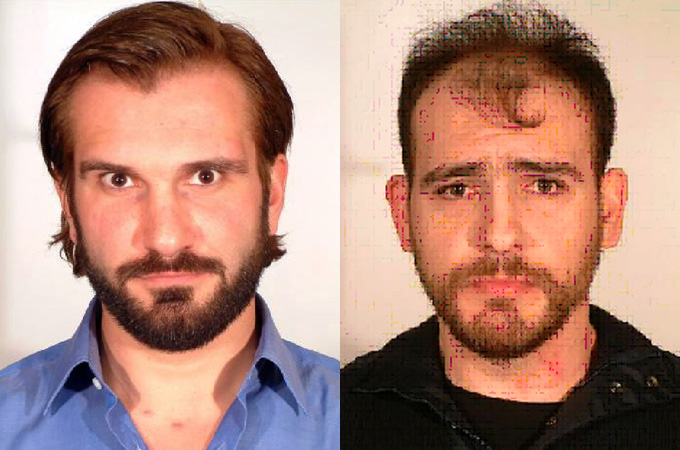 Man convicted of the 2003 murder of the Serbian Prime Minister among three alleged members of Arkan’s Tigers arrested in Valencia.

A man convicted of the 2003 murder of the Serbian Prime Minister and two other suspected members of a notorious paramilitary gang were arrested in Spain, according to police.

A police officer said that Vladimir Milisavljevic, who was sentenced in absentia to 35 years imprisonment for his involvement in the murder of Zoran Djindjic, was arrested on Thursday at a restaurant in the eastern city of Valencia.

Serbian President Boris Tadic said on Friday that Serbia is “one step away from winning the fight against organized crime”.

“Serbia is today on the verge of dealing a blow to organized crime that it could not recover from in the next few decades,” said the president, adding that the police action in Spain was coordinated with Serbian security services.

Milisavljevic has been on the run since Djindjic was killed by a sniper in front of a government building in Belgrade in 2003. In 2007 he was sentenced to 40 years in prison for the homicide and other crimes.

He was one of nearly a dozen former gang members and paramilitaries convicted of their roles in the murder.

“With the arrest of Vladimir Milisavljevic, practically all members of the Zemun gang – with the exception of Milan Juricic and Ninoslav Konstantinovic, who we do not know if they are still alive – have been arrested,” said Dacic, quoted by the Tanjug news agency.

Belgrade will request the extradition of the people arrested in Spain “as soon as possible,” Justice Minister Slobodan Homen told Tanjug.

“Interpol has informed the Justice Ministry that four people have been arrested in Spain and we have started preparing an extradition request and translating the necessary documents into Spanish,” said Homen.

The Spanish police said Bojovic had been wanted for 20 murders in Serbia, the Netherlands and Spain.

Maja Kovacevic, a judge and spokeswoman for the Serbian Organized Crime Court, said Bojovic was not wanted for the Djindjic murder, but was wanted for three unrelated killings.

Kovacevic told the Associated Press that the charges against Bojovic alleged that he took over and organized the fugitive members of the gang that Djindjic killed after they fled Serbia after the murder.

Djindjic was a leading figure in a popular uprising that overthrew then President of Yugoslavia Slobodan Milosevic in 2000.

Arkans Tigers were a Serbian paramilitary force led by Zelijko Raznatovic, known as Arkan, who was accused of atrocities during the wars of the 1990s following the breakup of Yugoslavia.

State of emergency in Deçan is terminated – Latest News