Djokovic vs. Rublev within the quarterfinals of the Australian Open 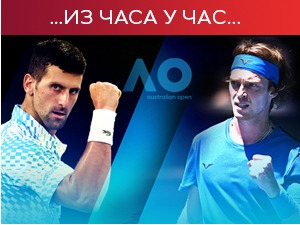 Novak Djokovic has so far won the title at the first Grand Slam tournament of the season nine times, while Andrej Rubljov, currently ranked number six in the world, equaled his best result at the Australian Open, achieved in 2021, by reaching the quarterfinals.

In the first four obstacles this year, the best Serbian tennis player lost only one set – in the second round match against the French Enzo Cuaco. Djokovic defeated Roberto Carballes Baena, Grigor Dimitrov and Alex de Minora with a score of 3:0.