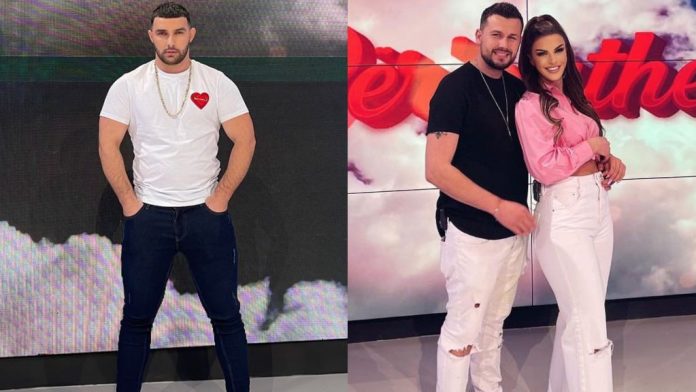 Today Ledjana and Mevlani only declared for each other in the program.

As a start, it was Mevlani who told Ledjana in the meeting that he would be alone with her from now on. The same was claimed by the lovely brunette in the studio and then got up and gave a kiss on the cheek to Mevlani.

After this event, there was also the reaction of Eri Aga, the former competitor of “Për’puthen”, who had a meeting with Ledjana on the show. Invited a few days ago to the show “Express Rozë”, Eri said that Ledjana has confirmed with her mouth that she has no feelings for Mevlani and that their whole story has been prepared with a script.

He also added that in 2 weeks Ledjana and Mevlani will go out as a couple, because the public likes them. “Wait for the other things now that everything will come out as I told you that there is no chance for anyone to talk to the public”, writes the former competitor.

He has also published some comments of people who have recalled his statement on the show. Meanwhile, Mevlani and Ledjana did not react on social networks after the program.