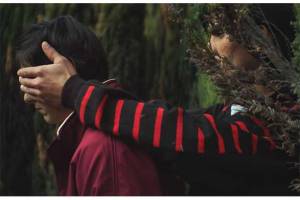 BELGRADE: Oasis, the second feature film by writer / director Ivan Ikić, was selected as Serbia’s candidate for the 94th Academy of Motion Picture Arts and Sciences Award in the Best International Feature Film category. The film is a co-production between Serbia, Slovenia, the Netherlands, Bosnia and Herzegovina and France.

Set in a real-life setting for young people with learning disabilities, Oasis follows three teenagers with a deep yearning for independence and human connection.

The film was produced by Milan Stojanović and Marija Stojanović through SENSE Production in coproduction with Kepler Film from the Netherlands, Tramal Films from Slovenia, SCCA / Pro.ba from Bosnia and Herzegovina and Les Films d’Antoine from France.

The production was supported by the Film Center Serbia, the Slovenian Film Center, the Netherlands Film Fund, the Sarajevo Cinema Fund, Creative Europe – MEDIA and Eurimages.

Oasis premiered internationally in the Venice Days program of the 2020 Venice Film Festival.

ECMO Life Support Is a Last Resort for Covid, and in Short Supply in South