From January, two new pension adjustment fashions – how a lot will the rise be? 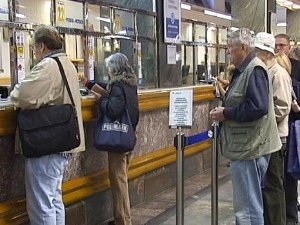 The director of the Sector for exercising rights in the PIO fund, Vladimir Stanković, points out that the age pension requirement for women by the end of this year is 63 years and four months, and that from next year the limit will be 63 years and six months.

“It should be noted that there is another condition for exercising the right to an old-age pension, that is at least 45 years of insurance experience, regardless of age,” said Stanković and explained that there are special conditions for early retirement.

Speaking about the documentation, Stanković said that before retiring, it is necessary to deal with it at least two years before the moment of retirement and that it is necessary to go to the PIO fund and check what the situation is.

“Usually people don’t do that, but we usually recommend people to inform themselves about the situation in time, so that in some period until the date when they plan to retire, they can collect some missing documentation and thus record that missing seniority,” he explained. Stankovic.

From 2032, equal conditions for men and women

He added that in 2032 there will be equal conditions for the retirement of men and women and that everyone will retire at the age of 65.

“Regardless of age, if a person has worked for a long period of time, the right to a pension can be exercised even with 45 years of insurance experience,” said Vladimir Stanković.

Speaking about pension adjustment models, Stanković said that pensions will be paid out according to the new model in February and that it includes three possible formulas.

“Which formula will be applied depends on some economic indicators. What is important is that it takes into account the share of the mass of funds for financing pensions in the gross domestic product, and depending on how much that share is, which model will be used and apply the formula,” Stanković stated.

“This practically means that if the share of those pensions in the gross domestic product is less than 10 percent, in that case the pensions will be adjusted according to the changes in average wages, as a percentage of the change in average wages, which will happen in January 2023. If that participation in the range of 10 to 10.5, then the adjustment will be made in a combination of the percentage of earnings and prices, and if it is 10.5 and more, then it will be adjusted according to the prices,” explained Stanković.

He added that by applying the first model, pensions will increase by 12.1 percent, and that a new adjustment according to one of the models will follow in January 2024.

HIV Outbreak Persists as Officials Push Back Against Containment Efforts