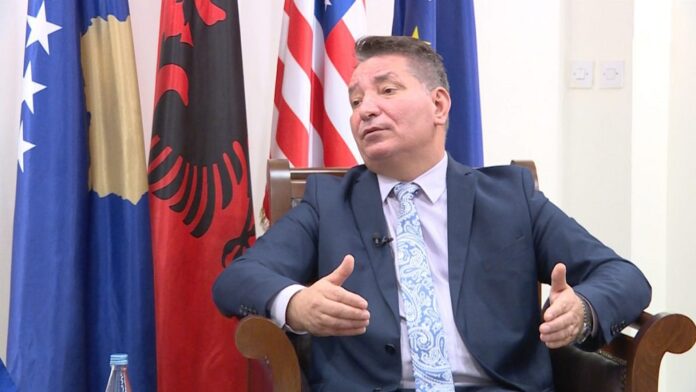 AAK MP, Pal Lekaj has announced that he has filed a lawsuit against the Deputy Minister of MESP, Hysen Durmishi.

Lekaj wrote that Durmishi had slandered and insulted him in a TV show.

Today I submitted the lawsuit against the insults and defamation of the Deputy Minister of MESP, H. Durmish, who in a TV show called me and my collaborators during my term as a minister, as a “criminal group”.

They have been accustomed for a long time to vomit bitterness, with unscrupulous insults and slanders against me, wherever they have had the opportunity.

Even with these they are proud in front of the people even as brave, hiding behind the immunity offered by the law against insult and slander for all that is spoken in the Assembly and in the parliamentary committees by anyone.

Seeing that my inaction was fueling further slander and insult against me, I decided to go to court.

There they must show facts about the veracity of their statements.

From now on, you either have to wrinkle your mouth or your pocket will wrinkle.

The choice is theirs! / Telegraphy /

12,000 Square Miles Without Obstetrics? It’s a Possibility in West Texas