Grenelli Ischingerit: I’m happy to compare our progress with yours whenever you want – Latest News Former US President Richard Grenell’s former envoy to Kosovo-Serbia dialogue reacts to former German diplomat Wolfgang Ischinger after the latter told Grenell that his term had expired, advising him to leave Kosovo to its people.

Through a Twitter post, Grenelli accuses Ischinger of telling him that he has given the Iranians and Russians a platform they do not deserve.

“Wolfgang, you live by giving foreign policy advice. You have given the Iranians and Russians a platform they do not deserve,” he wrote.

Grenelli also addresses Ischinger by telling him not to shut up “homosexuals”, adding that he is willing to compare his progress with that of the former German diplomat.

“Do not silence homosexuals from participating in something you do freely. It is homophobic. I am also happy to compare our progress with yours whenever you want,” Grenelli said. 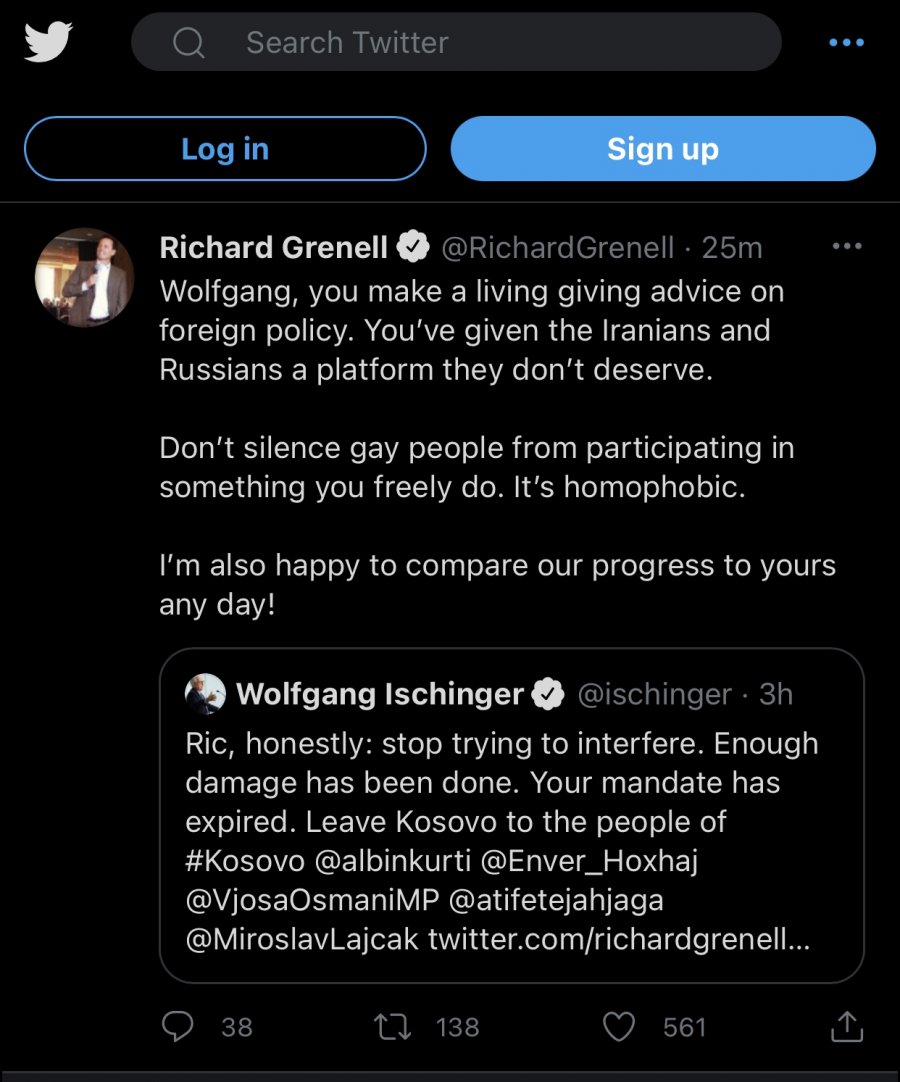