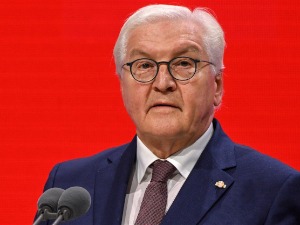 German President Frank-Walter Steinmeier said at a joint press conference in Skopje with the President of North Macedonia, Steve Pendarovski, that the entire European Union has an urgent interest in the normalization of relations between Pristina and Belgrade.

“They were preparing for that, proposals were made. I am happy because the German-French proposal has now achieved success and is being accepted,” claimed Steinmeier, the Skopje portal 24info reported, as reported by Tanjug.

According to him, it could encourage interested parties to continue cooperation in this area.

Earlier today, in an interview for Deutsche Vele, when asked about the conflict between Pristina and Belgrade, “which was calmed down at the last moment”, German President Steinmeier said that this situation showed how important the EU actually is in the region.

“Europe has that negotiating power, those negotiating possibilities and could contribute to the solution in this, from our perspective, relatively small conflict over license plates,” the President of Germany pointed out in an interview with DW and added that if minor conflicts are solvable, then we should also deal with larger conflicts that could contribute to the normalization of relations between Belgrade and Pristina and, in that sense, be resolved peacefully.