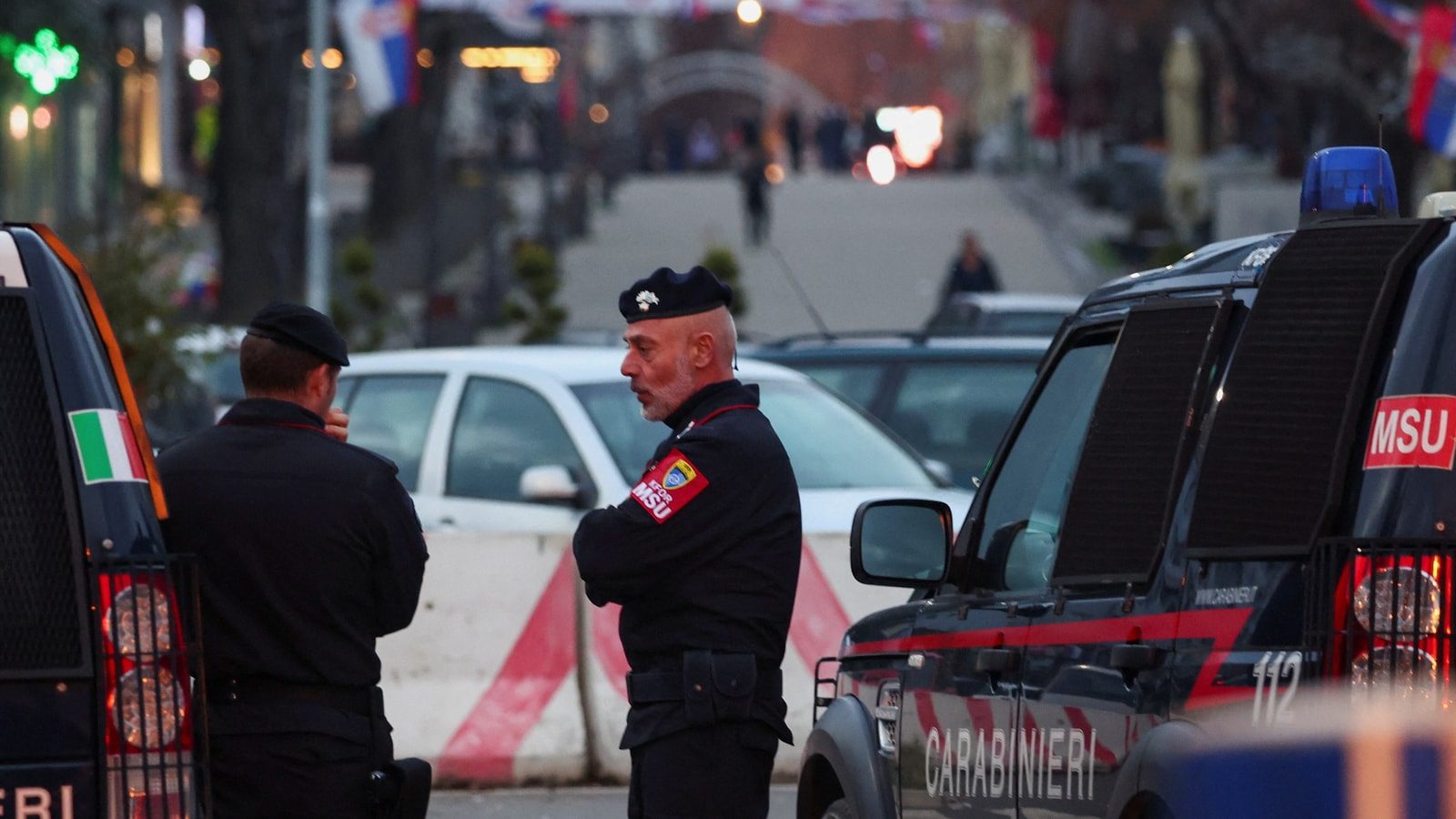 Kosovan Interior Minister Xhelal Svecla said on Tuesday Serbia, under the influence of Russia, was aiming to destabilize Kosovo by supporting the Serb minority in the north who have been blocking roads and protesting for almost three weeks.

Serbs in the ethnically divided city of Mitrovica in northern Kosovo erected new barricades on Tuesday, hours after Serbia said it had put its army on the highest combat alert following weeks of escalating tensions between Belgrade and Pristina.

“It is precisely Serbia, influenced by Russia, that has raised a state of military readiness and that is ordering the erection of new barricades, in order to justify and protect the criminal groups that terrorize… citizens of Serb ethnicity living in Kosovo, Svecla said in a statement.

Serbia denies it is trying to destabilize its neighbor and says it just wants to protect its minority there. Serbian President Aleksandar Vucic said on Tuesday that Serbia would “continue to fight for peace and seek compromise solutions.”

Belgrade had said late on Monday that in light of the latest events in the region and its belief that Kosovo was preparing to attack Serbs and forcefully remove the barricades, it had ordered its army and police to be put on the highest alert.

Since Dec 10, Serbs in northern Kosovo have erected multiple roadblocks in and around Mitrovica and exchanged fire with police after the arrest of a former Serb policeman for allegedly assaulting serving police officers.

Albanian-majority Kosovo declared independence from Serbia in 2008 with the backing of the West, following a 1998–1999 war in which NATO intervened to protect ethnic Albanian citizens.

Kosovo is not a member of the United Nations and five EU states – Spain, Greece, Romania, Slovakia and Cyprus – refuse to recognize Kosovo’s statehood.

Kosovo’s government said police had the capacity and readiness to act but were waiting for NATO’s KFOR, the Kosovo peace-keeping force, to respond to their request to remove the barricades.

Vucic said talks with foreign diplomats were ongoing on how to resolve the situation.

In Mitrovica on Tuesday morning trucks were parked to block the road linking the Serb-majority part of the town to the Albanian-majority part.

The Serbs are demanding the release of the arrested officer and have other demands before they will remove the barricades.

Ethnic Serb mayors in northern Kosovan municipalities, along with local judges and some 600 police officers resigned last month in protest over a Kosovo government decision to replace Serbian-issued car license plates with ones issued by Pristina.

Russia’s invasion of Ukraine has led European Union states to devote more energy to improving relations with the six Balkan countries of Albania, Bosnia and Herzegovina, Kosovo, Montenegro, North Macedonia and Serbia, despite continuing reluctance to enlarge the EU further.