Is menstruation “value it” for ladies? 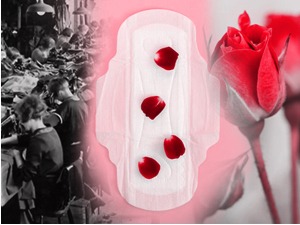 Spain is the first European country to implement the Law on Menstrual Sickness. Back in 2004, the Spanish passed the Law Against Domestic Violence. Even then they were the vanguard in Europe. This summer they passed the Law on the Introduction of Explicit Consent to Sexual Relations, the law better known as “Only YES means YES”.

In mid-December, the draft law passed the first reading with 190 votes in favor, 154 against and five abstentions in the lower house. Facilitations for abortions in public hospitals were incorporated into the law, and the condition of parental consent before abortion for minors aged 16 and 17 was abolished.

In a country with a strong Catholic tradition such as Spain – this is a dangerous challenge.

And not everything is as easy as it seems. The bill has caused a serious storm in Spain and abroad: will the act on paid menstrual leave help or hinder women in their workplace? And how far is Serbia from even talking about this?

Some are convinced that this kind of law is a real small revolution in the centuries-old struggle for women’s labor rights, others that discrimination against women in the reproductive period will be even stronger. Skeptics cite the example of Japan, where menstrual leave from work has been in effect since 1947, and less than one percent of women regularly apply for that sick leave. Not only because menstrual sick leave is unpaid in Japan, unlike the new Spanish law, but which employer is a woman with a legal right to paid leave of several days a month.

Inserts during the ex-Yugoslav wars

This Spanish law on paid sick leave during menstruation reminded me of the first packet of “real” pads that my mother bought me in the nineties, from a smuggler. It was an expensive and sought-after commodity, because it was simply not available. When smugglers included insoles in their market offer – we breathed easier.

Until those, the first smuggling channels, mothers found ways to help themselves and their daughters survive the period. At the beginning of that ex-Yugoslav war decade, there were shortages of cotton wool and gauze and other things, so even the worst “pads” made of cotton wool in mesh, with which I started growing up, were a mental noun.

It’s about the same with the menstrual law: it may be expensive and impractical and not easy to implement, but it’s better to know that it’s out there somewhere. Well, who knows?

Those cotton “pads” in mesh were notorious for not being able to stay in place, so blood stains on laundry and clothing were inevitable. I remember all of us girls at school, the fear that was visible to the naked eye as well as those stains on the clothes. Even today, my ears are ringing from the shame we experienced in those moments.

That’s why I used the opportunity to not be active because of the period, i.e. in physical education classes in high school. menstruation. It was called “sparing” at the roll call before the start of class. I didn’t want to do physical education, not because my stomach hurt, but because of that stupid cotton wool in the net so that I wouldn’t have to curl up to survive the end of class with red spots on my pants.

I chose to easily say “sparing” in physical education, because it also meant that I would have as much control over the situation as possible.

Never, before or after that, did it occur to me that I should spend “those days”.

It’s true, my mom told me that I should calm down, take care, although she didn’t do that herself. And children, now I know myself, do not listen, but look at adults.

I suffered the pain, stoically, until I discovered “caffetine”, and then everything with tampons, pads and painkillers became so easy that, as those women from the commercials say, I don’t interrupt any of my daily routine, not even physical activity related to a certain year or age of life.

Yes, I’m the one – I was brought up so that period is not a big deal, but a normal thing in a woman’s life and you shouldn’t make a drama, but “live normally”. But the crucial thing is that, thank God, I am not in the group of 25 percent of women who suffer from very painful periods. And what about them?

Local trade unionists will say that in Serbia we did not manage to fight for even 100 percent paid covid sick leave. It is commonplace that after maternity leave in private companies, even in high-ranking jobs, women are often transferred to a lower-paid position or fired.

We hear, almost every day, that many employers in Serbia do not even adhere to the Labor Law, that workers complain about non-respect of basic labor rights in factories, regardless of gender, and how would “menstrual sick leave” go?

Not to mention at least half a million employees in temporary and occasional jobs, who do not have the right to any sick leave, vacation, paid overtime, etc. Imagine further an army of women workers in the textile industry or the cable industry whose trips to the toilet wreak havoc on production – what would employers say about three legal and paid days a month?

But Spain is far away. Even there, they are aware of the curves they will encounter along the way, but in the part of the government that pushed this law through, they say their goal is to break taboos. There is no doubt that these are already the principles. Menstrual problems will be recognized as part of public health, isn’t it?

Anyway, I would like to live in a country where this law exists. Because of the 25 percent of women that I know are struggling, and because of that cotton pad in the mesh. Far from it, it didn’t happen again.