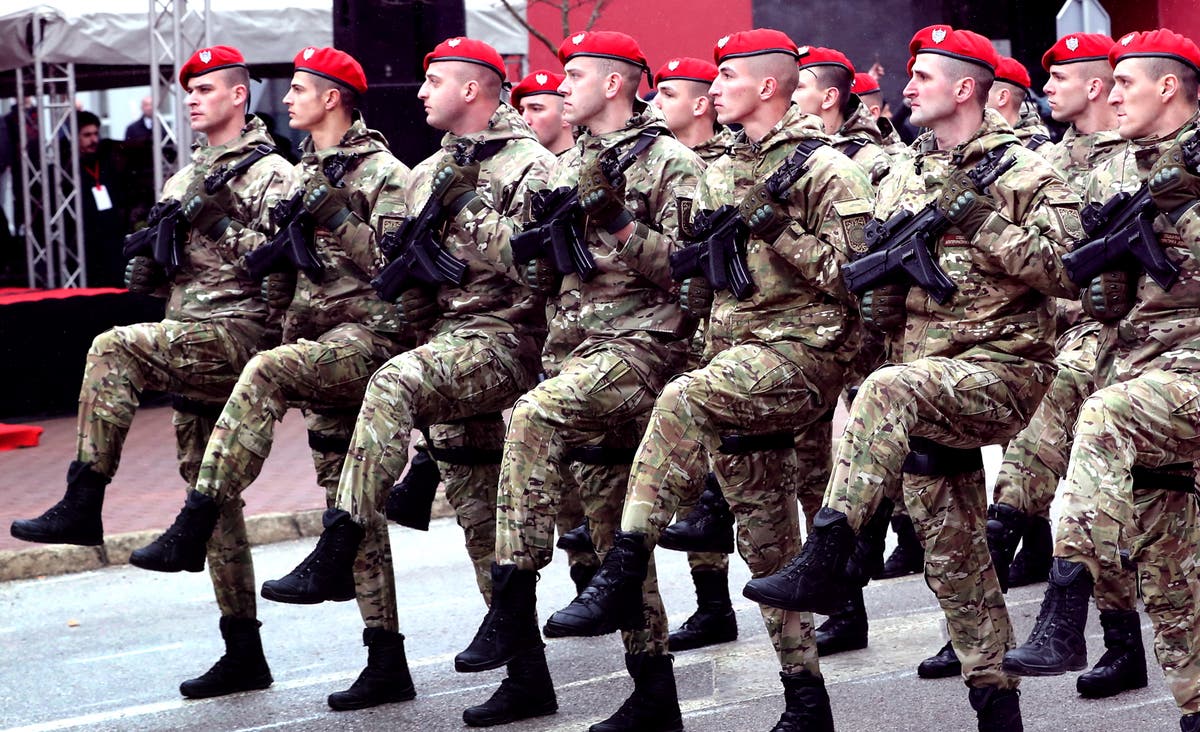 Get our free Inside Politics email

An ongoing confrontation and saber-rattling amid outbreaks of violence in Kosovo has raised fears of a return to the bloody strife which preceded the birth of the nation following the break-up of Yugoslavia.

While international focus has been on the war in Ukraine, tensions have been rising in the western Balkans between Serbia and Kosovo with bitter accusations, recriminations and sectarian clashes.

Last weekend Nato turned down demands from Serbia to send a thousand police and military into Kosovo for the first time since the war of more than two decades ago to protect Belgrade held compatriots and Orthodox Christian religious sites in the country.

There have been sporadic outbreaks of violence between the ethnic Serbians and Albanians in recent months. In the latest incident, a Kosovar soldier was arrested after allegedly shooting and wounding two Serbian boys, aged 11 and 12, near the town of Shterpce.

This followed an attack on another Serbian as he was returning from a church service during Orthodox Christmas celebrations. Kosovar police say they had come under gunfire near the Serbian border.

Bosnian Serb troops on parade this week. There have been sporadic outbreaks of violence between the ethnic Serbians and Albanians in recent months

Serbian forces have been in “combat readiness” at the frontier since the end of December. Belgrade now insists that it has the right to station forces in Kosovo under the United Nations resolution at the end of the war in 1999 – in which 13,000 lives were lost – to ensure stability and prevent communal violence.

David Lammy, Labor’s Foreign Affairs spokesman, has been among European and American politicians and officials who have been traveling to Kosovo and Serbia to gauge what is going on, and to try and defuse the situation.

Mr Lammy, who met Kosovar President Vjosa Osmani and Prime Minister Albin Kurti as well members of the Serbian community told The Independent: “The situation is very concerning, but I think both sides are open to dialogue and keen to ensure there isn’t a return to bloodshed. We obviously need to ensure that takes place and dialogue between the two sides continue.

“Everyone is quite rightly appalled by what is happening in Ukraine and there has been a lot of talk about how Europe has not seen such a conflict since the Second World War.

“But we need to remember the terrible conflict which took part in the Balkans, the terrible loss of lives as well as human rights abuse. I personally saw some harrowing examples of suffering on this trip, women who are survivors of sexual assault which had taken place during the war.”

Britain, alongside the US, took a key role in securing Kosovo’s independence with a British commander, General Sir Mike Jackson, and UK troops leading Nato’s KFor (Kosovo Force) into the former Yugoslav state and forcing the withdrawl of Serbian forces.

Tony Blair visited post-war Pristina to rapturous reception even before President Bill Clinton, arriving soon after liberation. Such was its popularity at the time that there was even a vogue for families naming baby boys “Tonybler”.

Mr Clinton, along with Madeleine Albright, the Secretary of State in his administration, led a large US delegation in Pristina when Kosovo celebrated the 20th anniversary of independence in 2019. Senior figures from other Western states and the European Union were also present.

But no one came from the UK’s Conservative government. One explanation by officials was that Theresa May’s ministers were too busy on maneuvers to replace her to attend.

Mr Lammy wanted to stress that there would be no such neglect under a Keir Starmer Labor government.

“I am very aware of the part the UK played, Tony Blair played, in securing Kosovo’s freedom. It is a legacy of Labour’s foreign policy, along with the Northern Ireland peace agreement, for which we can be extremely proud,” he said.

“I am determined to ensure that there will be a laser like focus under the next Labor government on maintaining stability, peace and supporting democracy on Kosovo and the wider Baltic region.”

Labor officials say they want a coherent and consistent foreign policy strategy in place for the next election. International relations under successive Tory administrations, it is claimed, has been dysfunctional since Brexit in many areas, with five different foreign secretaries in the last seven years.

One example of this is Brazil, the largest country in Latin America with the region’s biggest economy. Conservative governments have been accused of cozying up to the hard-right president Jair Bolsanaro when he was in power while ignoring the left-wing Luiz Inacio Lula da Silva and the opposition.

Bosnian Serb troops on parade. Labor officials say they want a coherent and consistent foreign policy strategy in place for the next election

In contrast Tony Blair, Keir Starmer and David Lammy have all been building up relations with Lula, who beat Bolsanaro in the presidential election at the end of October.

In Kosovo some it seems have already made up their minds about the next UK election.

The Prime Minister’s office in Pristina announced the meeting with Mr Lammy as “Prime Minister Kurti hosted the Secretary of State for Foreign, Commonwealth and Development Affairs, David Lammy”.

It continued: “In the warm conversation, they recalled the developments of 1999 and the decisive role of Great Britain in the liberation of Kosovo under the leadership of Labor Tony Blair and Robin Cook.”

If we do not burn tires, landfills and fields – we can have cleaner air